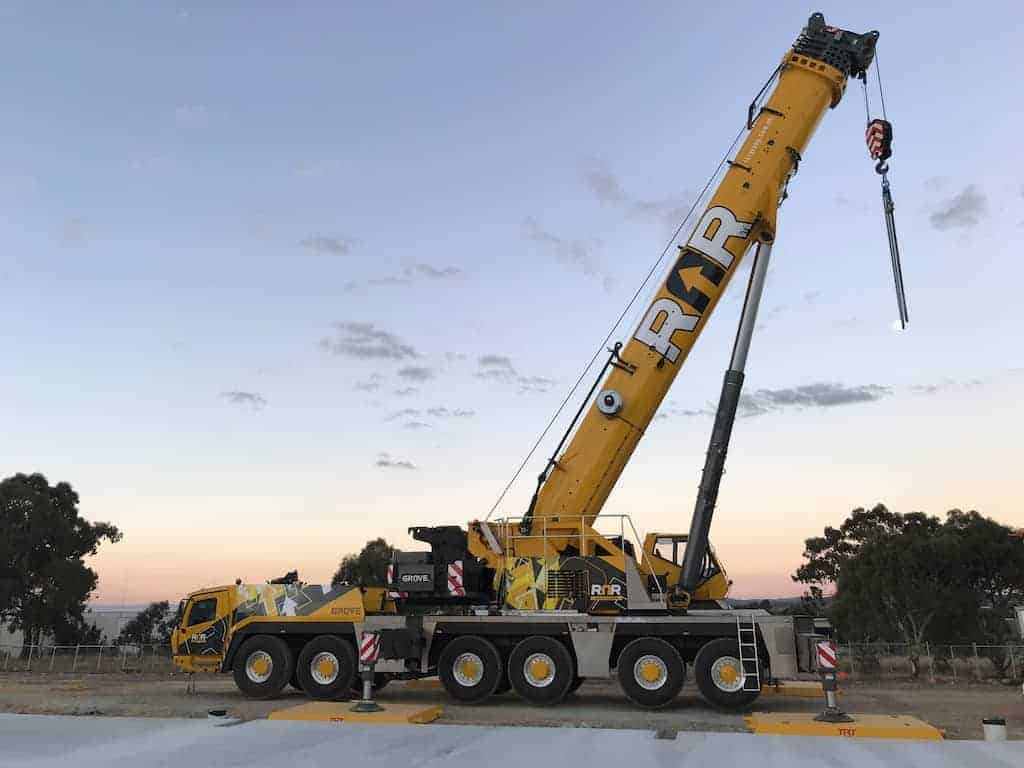 Australian company RAR Group says the all-terrain crane has the best lifting capacity of any six-axle crane. The Grove GMK6400 is the biggest crane in RAR Group’s fleet. Since receiving the crane in January 2019, the company has deployed it on a wide range of projects.

Australian crane specialist RAR Group has put a new Grove GMK6400 crane on one of the largest wind farms in New South Wales. The Capital Wind Farm job saw the crane used to maintain gearboxes on a number of the 67 turbines at the 140.7-megawatt facility. RAR Group received the Grove GMK6400 all-terrain crane, the biggest crane in its fleet, at the start of this year and the company has utilized it on a steady stream of projects.

“The GMK6400 was the perfect choice for this project because it has the best lifting capacity of any six-axle crane, combined with small outrigger dimensions and fast set-up,” said Andrew Bodman, director, RAR Group. “All told this meant it had the capacity, speed and size advantages over alternatives.”

The 400t capacity GMK6400 has a 60m main boom and up to 79m of luffing jib available, giving it a maximum possible tip height of 136m. It can handle loads out to a maximum radius of 96m and comes with the optional self-rigging Mega Wing Lift attachment for additional capacity.

On the Capital Wind Farm project, RAR Group configured the crane with 49m of main boom and 43m of luffing jib together with the Mega Wing Lift attachment. The GMK6400 was used for five lifts per day replacing the 24t gearboxes on turbines at a height of 85m.

“Our operators really like the crane because of the ease of rigging and smoothness of operation,” Bodman said. “And we appreciate the service we get from Manitowoc Crane Care.”