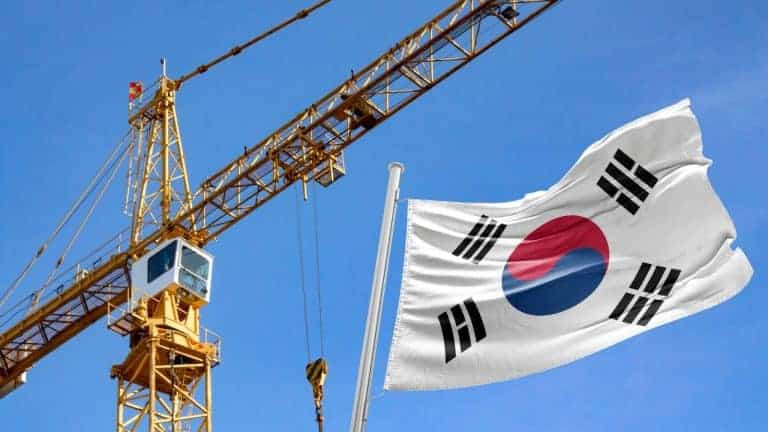 Tower crane accidents are the most common accidents at construction sites in South Korea which contribute to a whopping 47 cases in the last three years. In 2021 alone, three cases has been reported till date.

According to statistics from various sources, 33 out of the 47 tower cranes accidents occurred when the crane is being operated remotely (without the presence of a crane operator in the cabin). It is also notable that in 2013, there were only 14 units of remote-controlled tower cranes, but the numbers have increased to 1,730 units.

This means that it is a major factor that contributes to 70% of the tower crane accidents and specifically most were the smaller capacity tower cranes.

Unlike larger tower cranes in which crane operators are present in the cabin, these smaller tower cranes do not have a cabin or being illegally removed and operated with remote control from a distance. It is a major factor that increases the risk of accidents as there are many blind spots.

Loose enforcement By the Authority

Last year, the Ministry of Land, Infrastructure and Transport (MOLIT) carried out a random inspection on 10% of the registered cranes and 594 tower cranes were found with 3,815 defects altogether. That means an average of 6 to 7 defects in each tower crane.

In February this year, MOLIT have decided to cancel registrations for 120 cranes and recalled 249 units in the country. Some of the defects were so severe that it is irrepairable and the they had to order these cranes to be deregistered.

Four months after serving these orders to the contractors, only 24 out of the 120 or 20% of the tower cranes has been deregistered and 96 cranes are still actively operating at the construction sites.

Accordingly to a tower crane operator in South Korea, although the tower crane is ordered to be deregistered, the job site manager insisted that it does not matter and requested the operator to continue with the work.

Contractors has also pointed out that construction period for their project does not have sufficient timeline for completion and often they have to work overtime in the evening or weekends to catch up the schedule.

This also means that proper maintenance of such unmanned tower cranes cannot be done appropriately and contractors would only check or replace parts when they feels that the tower crane is acting weird.

Although MOLIT has given notice that these cranes need to be deregistered, but if the tower crane is being held as collateral, the deregistration is delayed up to three months which most job sites continue to operate the tower cranes.

Rental rates of larger tower cranes are more expensive compared to these remote controlled tower cranes. Furthermore, until last year, a crane license was issued after only 20 hours of training – making it easier for construction to find manpower.

Unions Put up a strong fight

This has forced more than 90% of the existing 1,800 construction sites across the country without an option but to stop construction activities.

On 11th June, the two unions announced lifting the strike after reaching an agreement with the authority in a 7 hours long negotiation that went from 6 pm until 1 am the following day. However, there are three criteria to be met:

1. Participation of experts recommended by the labour union

The experts shall join the “Construction Equipment Manufacturing Defect Review and Evaluation Committee” whom shall review the investigation results by Korea Transportation Safety Authority, a government manufacturing defect investigation agency.

They shall determine whether the crane has manufacturing defects, and also review whether re-type approval is possible for some disqualified tower cranes. This will include tower cranes deregistered by MOLIT in February and upcoming new crane type approval.

Union recommended experts to participate in the investigation to identify manufacturing defects of tower cranes of all sizes which are above government’s existing standards. In order to prevent illegally modifying smaller tower cranes on jobb site, the government has decided to have a new framework from July and the union will participate to oversee if these cranes meets the requirements.

The government authority has promise to implement administrative measures in relation to the 369 tower cranes which they had ordered to take corrective measures and de-registration of these cranes which some are still being used at job sites.

As the construction industry becomes competitive due to poor market conditions, contractors are finding ways to reduce cost and one of it would be the equipment cost, resulting in riskier operations and the safety of site personnel, especially crane operators.

The dilemma of crane rental companies faced would be finding a right balance in procuring quality cranes and operators and at the same time keeping their balance sheet in black.

At this point, we can see Korea’s union in making a strong statement to stop these risky hazards for themselves and the public, but what about the other countries that faces the same problem? Not all unions or crane association in the world are given the same opportunity or authority to have a negotiation with the government. What do you think?