A crane collapsed in the middle of the Gualeguaychú Carnival 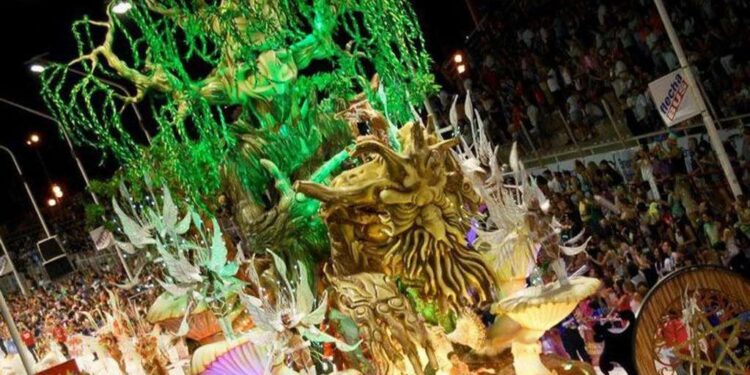 Two people were rushed to the hospital after falling from one of the cranes that participated in the fifth night of the Gualeguaychú Carnival. One fell on a float and the other on the pavement of the catwalk. The incident took place on the 6th Feb.

The two injured, identified as “Nacho” Ucceli and “Negro” Romero, are people who work as operators in the float of the musicians of the “Marí Marí” comparsa and were urgently referred to the Gualeguaychú Bicentennial Hospital. The latter had to undergo surgery and has a reserved prognosis.

The accident occurred just as the workers were preparing to receive the closure of the Central Enterriano troupe at the Gualeguaychú Carnival.

While they were putting the members on the different floats, the boom that carries the crane’s basket gave way and the two workers fell into the void from around four meters high.

The video footage shows the tense previous moments where both workers are hanging from the basket and try to hold on with all their might until the machinery finally gave way and they fell. One hit one of the floats, and the other fell directly to the pavement of the catwalk.

Quickly, the health personnel, police and firefighters intervened to calm the situation, although the public did not know what was happening inside the comparsa. Minutes later the members of “Marí Marí” came out on the catwalk without the musicians’ float and only with the batucada.

This caught the attention of the fans since the red and black comparsa usually proposes a musical integration between the Toque de Samba band and the Flattening Battery, which were not present at the time of playing.

“Nacho” Ucceli and “Negro” Romero were the two workers who fell more than four meters high from the crane at the Gualeguaychú Carnival. The first is a collaborator of “Marí Marí” and the second is a historic carnival worker in what has to do with the movement of floats and the rise of members.

Romero took the worst part since due to his fall he had to undergo surgery to remove his damaged spleen and continue in a reserved state. For his part, Uccli is also still very injured but without bone injuries.

Meanwhile, at the scene of the personal accident, Criminalistics and Justice examined the incident, on a worrying night that left a black mark on the 2022 edition of the Country’s Carnival. The cause to establish the forms and circumstances of the accident remained in the hands of prosecutor Costa.

Carnival Gualeguaychú which is celebrated every year in Argentina is known as one of the greatest carnivals in the world. The Argentineans treat it as the most important carnival in their country. The carnival’s events are held, every year, on Saturdays of January and February and the first Saturday of March.