M&M calls in the administrators 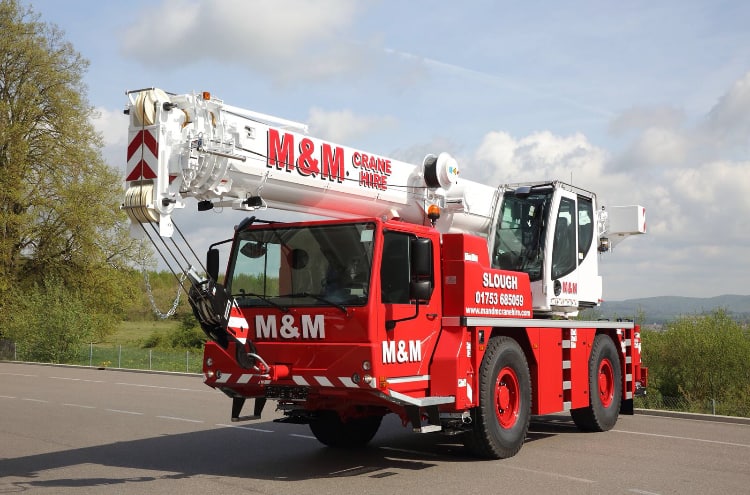 Employees were informed on the 12th of August morning and most of them, apparently, let go. In a call made to the company in the morning, the senior managers, mostly members of the Tierney family which owns the business, was in meetings all day.

Established in 1988, the family-run business is based in Slough, southeast England and has depots in Kent, Aylesbury and Welwyn Garden City. The company runs a fleet of All Terrain, City type, truck mounted and loader cranes.

M&M is just one of several crane rental companies that are struggling with rising costs, especial fuel which has been subject to a ‘double whammy’ with the removal of the red diesel tax rebate earlier this year, and the rapid underlying price rises since then. Added to this, a dire shortage of crane operators, exacerbated by the UK HGV driver shortage has lured some operators to supermarket delivery jobs, forcing crane rental companies to increase pay substantially in order to retain staff. And as if that was not enough the cost of electricity and heating energy is also beginning to bite. All this is in a market that struggles to raise rental rates.

With crane rental companies closing their doors contractors need to face the facts and not only pay just rates, but also pay their debts on time. Either that or they will need to go back to the 1940s and 1950s and get back into the crane ownership game again which will cost considerably more.

Auctioneers called in to auction off assets

Euro Auctions has been appointed to sell 19 cranes from the UK-based M&M Crane Hire fleet, along with other company assets including commercial vehicles.

A statement from Euro Auctions said: “The directors of M&M Crane Hire have instructed Euro Auctions to dispose of all its assets in a one-day unreserved sale which will be held on Wednesday 14th September as part of the scheduled four-day Euro Auctions sale in Leeds.

The cranes to be sold range from a 7.5 tonne two axle Tadano truck crane dating from 2010, up to a five-year-old 130 tonne five axle Tadano ATF130G-5. The sale will also include commercial vehicles, trucks, HGVs, small tools and ancillary items.

Euro Auctions sales manager David Betts said: “Euro Auctions is delighted to have been appointed to dispose of a very special inventory of mobile cranes and lifting equipment. As the premiere crane auction specialist in Europe, our major sales have included the Quinto Crane Hire and Hewden fleets.”