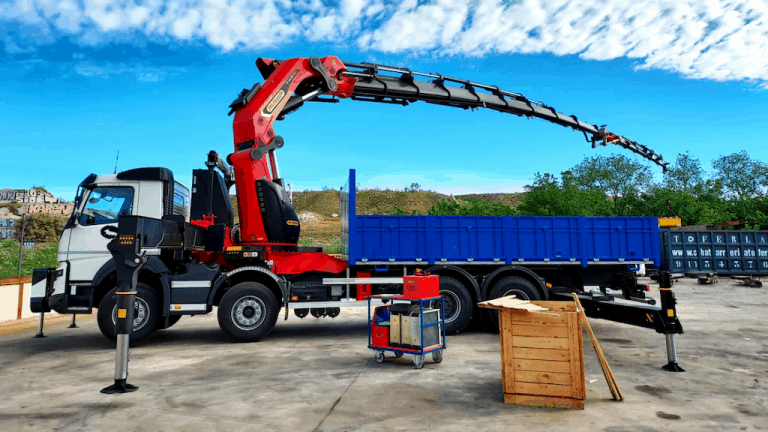 Loader crane and aerial lift manufacturer Palfinger has reported a strong second quarter and a half year, bouncing back stronger than pre-Covid levels.

Total revenues for the six months to the end of June were €884.1 million, close to the company’s half-year record of €893 million sets in 2019. Both geographically and by sector, growth was across the board, although construction and timber industries are still the predominant markets.

The marine business has booked several major orders to supply turbine cranes for British and French offshore wind farms, while in the USA its truck-mounted forklift range is beginning to gain traction with one order for 150 units. Pre-tax profit for the period almost tripled to €87.5 and was close to 20 per cent up on the same period in 2019.

Looking at the second quarter, revenues improved almost 42 per cent to €478.2 million a new quarterly record, beating 2019 levels by more than five per cent. Pre-tax profits were also significantly higher at €49.04 million compared to just €4.2 million last year and 35 per cent higher than 2019 levels. Net debt was reduced to €386.1 million from €494.3 million a year ago and over €500 million two years ago.

Chief executive Andreas Klauser said: “The worldwide economic upswing following the pandemic year 2020 had a significantly positive impact on the revenue and results of Palfinger in the first half.

Revenue in the first six months rose by 21.1 per cent and despite the cyberattack in January, EBIT increased by 137.8 per cent to €92.1 million. The results of both the second quarter and first half represent new records in the history of Palfinger.

The cyberattack caused a two-week interruption to operations, the consequences of which were compensated for to a large extent over the past few months. Faced with rising raw material prices, we have adjusted our market prices.

Demand for our products nevertheless remains high. To counter global material bottlenecks, multiple sourcing, proactive warehousing and strategic partnerships with long-term supply contracts are proving to be the best instruments.”