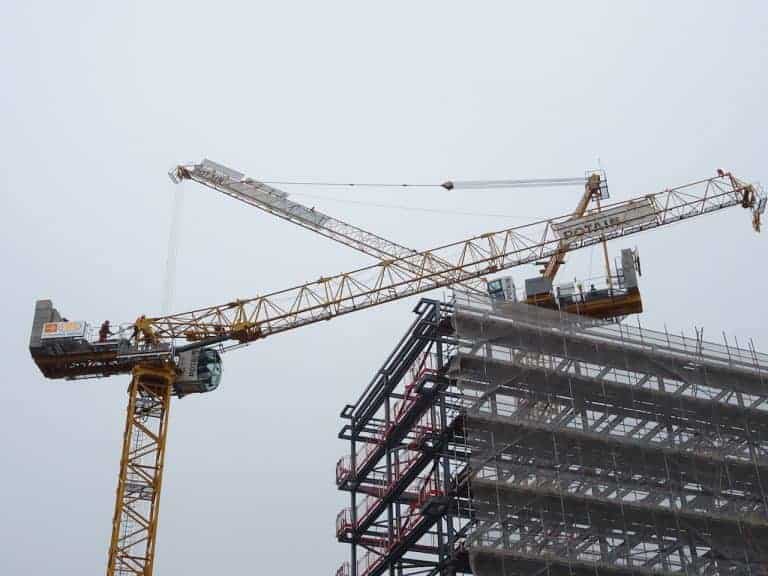 Northampton-based lifting specialist Radius Group, the UK partner for NFT Specialized in Tower Cranes, is the first Manitowoc partner in England to take delivery of and erect a Potain MRH 175. Radius chose to add the MRH 175 luffing tower to its rental fleet because of its small 10 m out of service radius, which makes it easy to avoid oversailing other buildings on confined jobsites, as well as its ease of erection and dismantling, which will save time and money for Radius’s clients.

Radius’s first job for the 10 t hydraulic luffer is constructing the 10-story York Place student accommodation block on Mansfield Road, Nottingham, where it is working alongside a new Potain MR 225 A to reach the entire site without oversailing an adjacent building.

In mid-August Radius Group (Radius) commissioned the first Potain MRH 175 tower crane in England for the York Place development in Nottingham, where it will work alongside a Potain MR 225 A that was installed in March of this year.

Radius customer, North Midlands Construction Nomenca (NMCN), had originally envisaged commissioning two MR 225 A cranes for the project, but a business situated in the corner of the site required a crane with a reduced out-of-service radius to avoid oversailing the building.

Still offering a 10 t maximum capacity, but with only a 10 m out of service radius, the new MRH 175 was the perfect crane for the job.

“With the York Place job site being situated in a tight, city center location, coupled with the need to have two tower cranes positioned in close proximity to one another, we tasked Radius Group with providing a comprehensive solution that kept safety as the top priority while ensuring that NMCN achieved the local authority’s standards,” said Steven Gordon, senior project manager at NMCN.

“It was paramount that we safeguarded both our neighbors and our business, and to offer the assurance that we would only be causing the absolute minimum disruption during the build. The solution provided by Radius, including the use of the MRH 175, exceeded all our requirements for coverage and lifting capacity. The weathervaning radius was ideally suited to our specific requirements, too. Radius has been fully supportive throughout this process with exceptional service and we are very impressed with the approach of the team,” he continued.

“The jib foot and hydraulic luffing element came pre-assembled from the factory, so we didn’t have to install the luffing ropes. This made it simpler and quicker to set up. With this feature, dismantle time will also be reduced, which will save our customers time and money,” said Teddy Holt, operations director at Radius.

The MRH 175 will work alongside the MR 225 A for around 30 weeks, lifting timber and other construction materials of up to 5 t for the construction of nearly 500 student flats in a 10-story block. Once the job is complete, the MR 225 A will also help to dismantle the MRH 175, which will immediately move onto another project.

“Oversailing is becoming a big issue in the UK, as lots of project sites are very tight. Adding the MRH 175 to our rental fleet puts us out there in the market with a competitive offer for a crane with a great out of service radius. I can see this being a very busy crane for us,” said Libby Dawson, business development manager at Radius.

The MRH 175 is the largest of a new range of Potain hydraulic luffing jib cranes. This new technology was launched at bauma in 2019, with this particular model presented for the first time at CONEXPO 2020.

Ben Woodcock-Sims, tower crane operator at Radius said, “The operation is smooth, fast, and it is easy to be precise. I have been a crane operator for 13 years and the MRH 175 is the nicest hydraulic crane I have operated.”

Radius has been the UK partner of Abu Dhabi-based NFT Specialized in Tower Cranes since 2014. With a rental fleet of 50 cranes in the UK and more cranes on the way, there is no project that Radius cannot handle. NFT runs a fleet of 2,000 tower cranes worldwide.