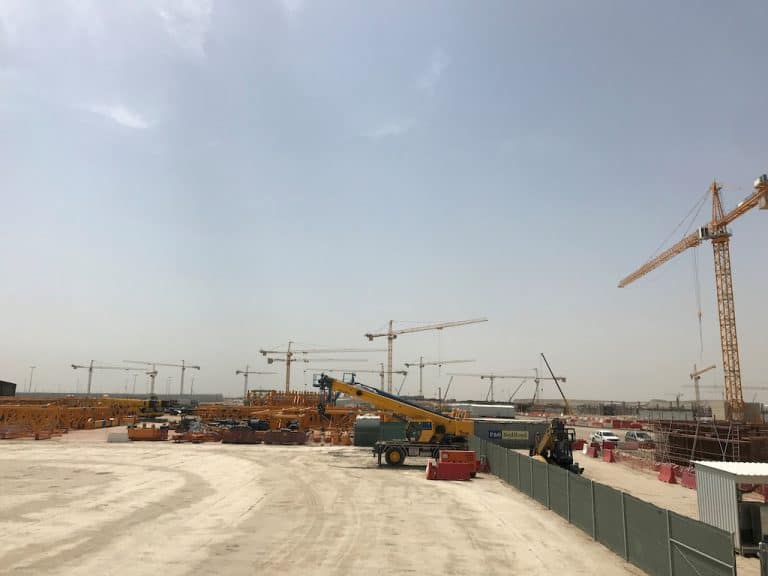 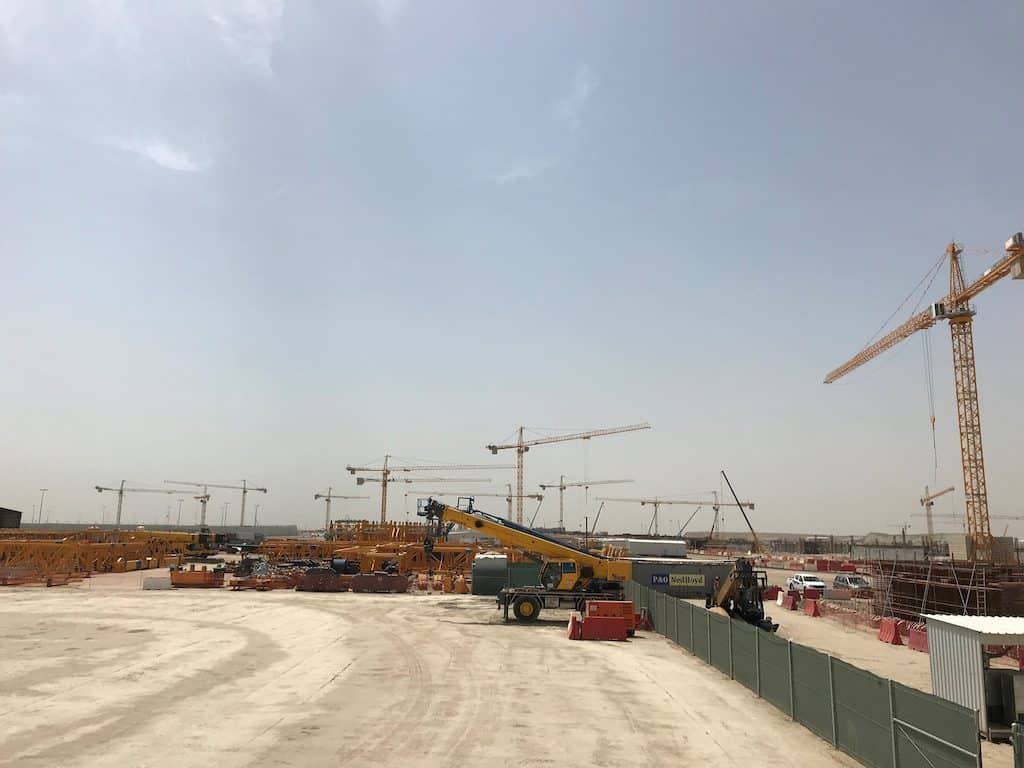 Turkish contractor Limak İnşaat is using 26 Potain tower cranes on the project, including six heavyweight MD 1100 special application cranes. The cranes were chosen for their strength and reliability and will help pour 1 million m3 of concrete and over 100,000 t of structural steel.

“The six MD 1100 cranes will lift the heaviest material on site including concrete beams and columns, while the two MC 125 units will lift the lighter loads,” he said. “The 18 MD 365 cranes are ideal for the main steel structure and will also assist with concrete handling work.”

The cranes are handling a variety of duties including the construction of the single roof canopy on the terminal building which will feature 66,000 solar panels. The panels will generate around 10 percent of the building’s electricity requirements. The cranes will also help pour 1 million m3 of concrete and over 100,000 t of structural steel.

Potain MD 1100 cranes are an increasingly popular option on large infrastructure projects where heavy structural components need to be handled. The impressive scale of the new airport terminal in Kuwait demands six of these special application units. They have a maximum capacity of 50 t, while at their maximum jib length of 80 m they can lift 10.6 t. On this project, the cranes are working with jib lengths of 80 m and at working heights of up to 63.5 m.

The MD 365 cranes have a maximum capacity of 16 t, while at their maximum jib length of 75 m they can lift 3.65 t. For the job at Kuwait airport, NFT worked with Manitowoc’s Lift Solutions team to adjust the maximum jib length for the cranes to 80 m. The 6 t capacity MC 125 cranes, meanwhile, are working with 50 m jibs and their maximum tip capacity is 1.15 t at this distance.

Since 2011, NFT has supplied cranes to a number of construction projects in Kuwait, and the company opened its first office in the country in March 2017 at the Al Soor Tower in Kuwait City. Potain also has a storied history in Kuwait and, in partnership with NFT, supplied the first luffing jib and self-erecting cranes ever to appear in the country.

“Kuwait is rich in natural resources and possesses strong potential for growth in the construction industry,” says Nabil Al Zahlawi, CEO of NFT. “NFT is the only supplier able to offer industry-leading Potain cranes, which have the capacity and technology necessary to tackle the latest generation of Kuwaiti construction projects.”

“NFT has experienced uninterrupted growth since its first projects in Kuwait back in 2011, and Potain has been a consistent partner throughout,” he said. “Strong local support – as provided by partners like NFT – is vitally important to selling and renting cranes. Our cranes are designed to deliver optimum performance on site, but we need partners such as NFT to provide the local backup and support our customers expect.”

The new terminal at Kuwait International Airport is due to complete in six years and is expected to help meet growing demand for air travel in the country. Over the past 10 years, air traffic has increased by 10 percent annually, with the number of passengers travelling through Kuwait International Airport estimated at 12 million passengers in 2016. According to forecasts that number will increase to over 23 million by 2027.

Spread across 708,000 sq. m, the vast new terminal will have the capacity to handle 25 million passengers a year and accommodate all aircraft types through 51 gates. The building will feature three symmetrical wings, each housing departure gates. Each facade will span 1.2 km and all will extend from a 25 m tall central space.

NFT is one of the biggest tower crane owners worldwide. It has locations throughout the Middle East, Asia, Europe, Africa and Australia. The company’s huge fleet consists of a growing stock of 1,800 tower cranes, 500 hoists, and 35,000 spare parts.