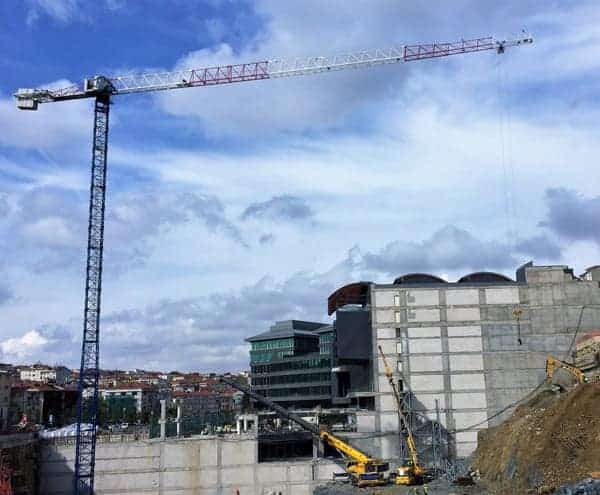 AKEM Group, official agent of Raimondi Cranes in Turkey, has erected an MRT159 topless tower crane with a height under hook of 66 metres at a jobsite in Üsküdar, Istanbul.

The MRT159 is first of the four Raimondi cranes that will be placed on the jobsite, which is being managed by Kalyon Construction. Another two unites of 10 tonne MRT189s will be erected within the next three months and followed by another MRT159.

Hasan Okan Deligöz, general manager at AKEM Group, said:”In Turkey, a load of iron or steel is typically around 2 to 2.1 tonne, making this particular model versatile for any company that has recurring constructions needs.”