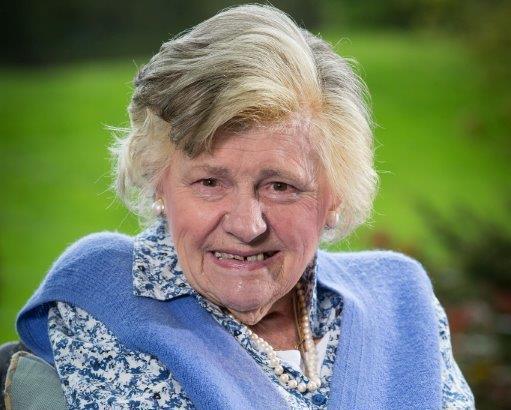 We have received the sad news of the death of Ruth Adorian, wife of Paul Adorian the founding managing director of IPAF, she was 87.

Born Ruth Wakefield, her father was William Wavell Wakefield – 1st Baron Wakefield of Kendal. Ruth and Paul met when aged around five years old and grew up together. Ruth went on to marry a Major Nigel Webb in 1955. However, he passed away in 1987, and five years later the childhood friends rekindled their friendship and were married in 1992.

Paul Adorian had been running crane and access sales and rental company EPL – part of the John Laing Group and was a founding member of IPAF. He became the first employee and managing director and Ruth helped and supported him get the federation established, and regularly manned IPAF stands at trade shows. At the same time, she also ran the family tourist related business, Lake District Estates, which operates Ullswater Steamers, Ravenglass and Eskdale Railway, caravan parks and Peter Rabbit & Friends shops.

In 2008, the very active 76-year-old was diagnosed with motor neurone disease which deprived her of her speech and then her mobility. In spite of this, she mastered a speech enabling computer on her wheelchair and continued to work and play an active role in the business.

In 2014, along with husband Paul, she founded a charity, the Association for the Independence of Disabled People (AID) to help people with disabling diseases such as hers, and fund research into treatments, clinical trials and the development of mobility aids, while campaigning for greater access and facilities for the disabled.

Ruth Adorian was always a very special person, but particularly in the way she continued to find joy in life and maintain an interest in everything she did through what was a hugely debilitating illness, she defied all predictions of life expectancy and was an inspiration to everyone who knew her. She passed away peacefully on November 30th.