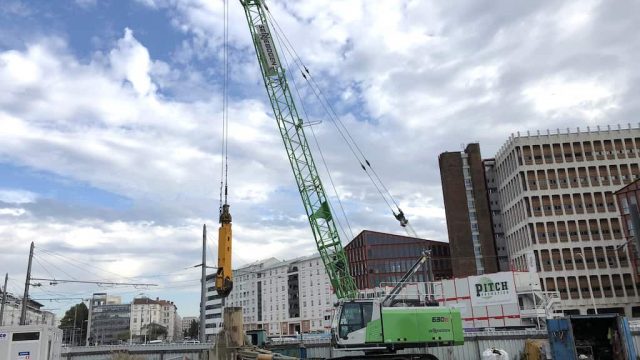 Climate change can also be felt in the cities, which is why more and more public institutions in the city centre are operating a district cooling network. It provides cool air in buildings and uses natural cold sources such as groundwater or sewage. At the Mouton Duvernet metro station, a hub of the French transport network in the Lyon Part-Dieu district, a Sennebogen 630 R-HD supports the construction of such an innovative district cooling system and digs its way down to a depth of 18 m using a casing oscillator.

District cooling works in a similar way to district heating: water is transported back and forth in a water cycle. In this case, the working principle of the plant’s refrigeration units lies in the use of drain water pumped from the decks of the Part-Dieu parking garages. This water is piped to the refrigeration plant, used for cooling in the refrigeration units and then reinjected into the alluvial groundwater of the Rhône by means of specially drilled wells surrounding the production site. The chilled water produced at the plant is distributed around the buildings of the Part-Dieu district for air conditioning purposes via the district cooling network.

The new facility for the Mouton Duvernet metro station will be completely underground. The entire public station area will be tempered, ensuring a safe and efficient cooling capacity for the surrounding public and private infrastructure (with a floor area of more than 1 million m²). Gradually, the new facility will also replace many existing individual facilities, in many cases less environmentally friendly and subject to regulatory restrictions.

Construction of the district cooling plant was awarded to DALKIA, a subsidiary of the EDF Group. The execution of the eight discharge wells (including five initiated in 2019) was assigned to Résurgence Forage, a company specializing in drilling projects and based at Chaponost in the Rhône region. This SME has provided different drilling techniques for over 20 years, and at the Mouton Duvernet site is deploying its new SENNEBOGEN 630HD cycle crawler crane, fitted with a casing oscillator and a LEFFER grab. The machine was delivered by sales and service partner Sygmat.

Flexibility – From “Drilling Machine” into a Lifting Crane

Drilling is carried out with a casing oscillator at a depth of up to 18 m, driven by a 30 t HD cycle crawler crane powered by a hydraulic unit. A mechanical cable-controlled grab alternately removes the loose material and drives the pipe in. 120 kN free-fall winches on the rope excavator enable the synchronized hoisting of the grab as well as the opening and closing of its clamshells. In this way, the device is able to penetrate the different geological strata with their naturally variable hardness. As the grab digs its way down, the casing sections penetrate the soil and the well gradually takes shape. Once the drilling personnel reach the desired depth, Julien Jouanneau, Résurgence Forage’s geologist, validates the nature of the soils and the presence of water at the expected level, and the well can be lined. The drilling grab is laid aside by the cable excavator and replaced by a hoist block, and the rated capacity indicator (RCI) is activated. The device then goes into “crane mode”. Lining the well involves lowering the final screen and casing elements into the drill casing.

First a drilling device and then a lifting device, the new Résurgence Forage cable excavator is the kingpin of this highly specialized workplace. With a lifting capacity of 30t, its very compact dimensions allow it to operate in a dense urban environment with highly constricted spaces.

Inner-City Construction Site in the midst of the Public Transport

At the site in the Part-Dieu district, the restrictions are many: the machine has to work around the underground infrastructure of the already constructed plant, with the city of Lyon’s public transport system with its tram tracks and catenaries only a few meters from the drilling position. Thanks to the hydraulically telescope crawler undercarriage, the Sennebogen 630 R-HD not only stands reliably and safely but can also be moved quickly and flexibly on the job site.

Drilling contractor Daniel Sandanon has worked for the company for 20 years. He is well satisfied with the power and synchronization of the hoists on his 630HD Sennebogen, each with a capacity of 120kN at the wire. The comfortable and modern cab also gives him better working conditions than previous generations of this device.

Linden Comansa teams up with Gabay Group for Israel 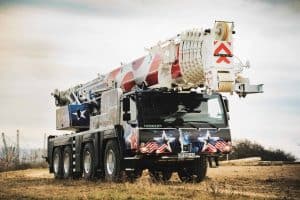 Manufacturer Liebherr will unveil its new LTM 1120‑4.1 wheeled mobile telescopic crane on a four-axle carrier at the ConExpo construction equipment exhibition in March. The crane Liebherr describes as the most powerful 4-axle mobile crane ever will be launched at the vast US show which runs from 7 to 14 March in Las Vegas, Nevada. Its 66-metre telescopic boom, in seven sections (6 plus the base section), puts it on an equal footing with 200-tonne cranes, Liebherr said. 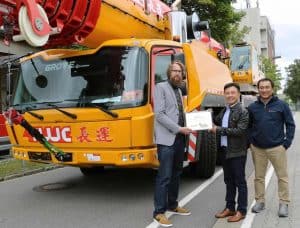 Tiong Woon Crane & Transport based in Singapore has taken delivery of the first Grove GMK6300L-1 all-terrain crane in the region. The 300-tonne capacity crane 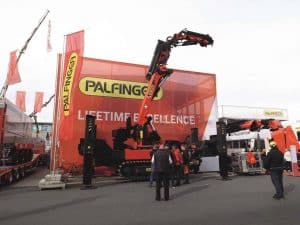 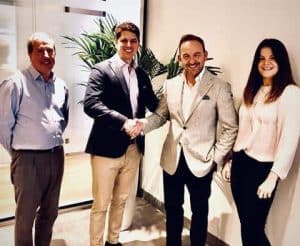 Global construction information publisher, KHL Group, acquired 40% of one of the fastest-growing construction recruitment consultants, Blu Coal, on 5 February 2020. The terms of 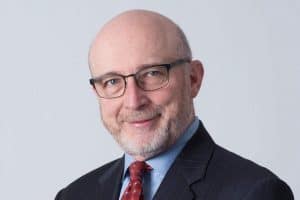 US-based crane rental company Maxim Crane Works Holdings has appointed Michael Kneeland as Chairman of its board of directors. Kneeland, who remains in his position