Vancouver Neptune Terminal Export Facility Gets a Boost from Sarens 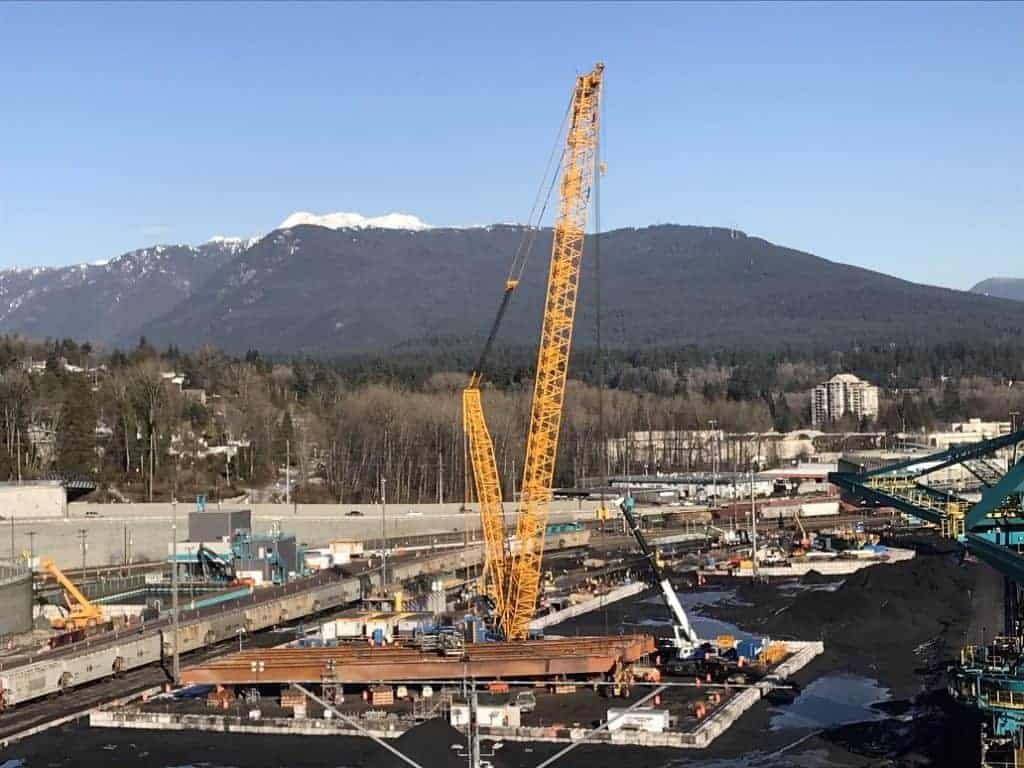 Sarens is pleased to be involved in the Neptune Terminals expansion project at the Port of Vancouver. Neptune Terminals, which bulk ships Canadian commodities to global markets, is improving its rail-based system to quadruple its annual coal export capacity.

Since late 2018, Sarens has been working on the expansion project on behalf of its client, Fluor, and terminal co-owner, Teck Resources. The Group is involved in three distinct project phases and has successfully completed Phase 1, erecting and installing a new overpass. Work on all three phases will continue through the end of 2020.

For the first phase of the project, 11 crew members used the LR-1600 crawler crane, CS-250 jacking system, and 32 lines of SPMT. The team had to hoist and assemble nine over-dimensional girders across the top of seven active rail lines using the LR-1600. They then used the CS-250 jacking system to raise the completed overpass, which weighed approximately 600 tonnes, to a height of 7 metres for final transport. Finally, they deployed two 16-line SPMT units, with a support structure, for final transport across seven rail lines and to the final pier abutments.

The client was impressed with the speed and control at which the CS-250 lifted the overpass, as well as Sarens’ ability to position it with minimal clearances.

“The bridge move was flawless and that is down to you and your teams working together in the pre-planning of this lift,” said Dave Rooney, Construction Manager for Fluor Canada. “Please pass my thanks to all the team members and sub-contractors who contributed to achieving this project milestone, and for completing the move in a safe manner.”

Sarens will complete Phases 2 and 3 in the coming months. Phase 2 will involve the demolition and erection of modules for the new surge bin upgrade. For this, the crew will once again use the LR-1600, with a luffing jib, as well as 8 lines SPMT. Phase 3 will involve the installation of new conveyor galleries and transfer towers, as well as the transport and installation of two new rotary railcar dumpers and an indexer. For these, Sarens will use the Demag AC-500-2 and LTM-1400 all-terrain cranes, 24 lines of SPMT, and the LR-1600 crane. 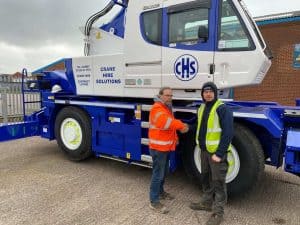