Although it has been drizzling throughout the day, excitement fills the air at Liebherr Ehingen Customer Day 2015. Once again, Liebherr has display and set up spectacular shows for its nearly 3,000 customers and business associates during their two days factory visit on 17th and 18th June this year.

Liebherr Customer day is a show by the host every three years as an appreciation to customers whom has support and purchased their cranes. There has been a display of their popular all terrain cranes and crawler cranes which they had two magnificent shows in the afternoon and early evening. I will unveiled more of it later.

Meanwhile, we will go through the list of showcase mobile cranes – from the biggest to the smallest. Beside arranging them in the sequential based on capacity, each of the crane hoisted a flag, representing the country that has purchased the most cranes from Liebherr, with the largest share on LTM11200-9.1.

Overview of the entire arena that is line up with Liebherr mobile cranes. 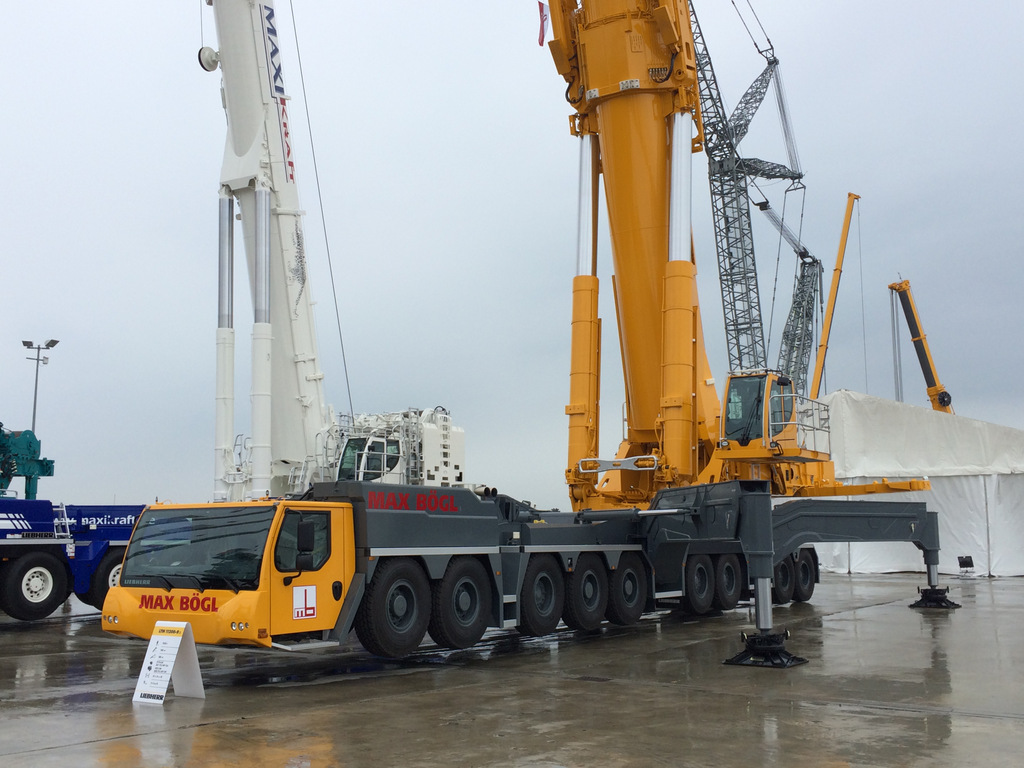 Liebherr LTM1200-5.1. No company name on the crane, perhaps they are waiting for a customer to purchase immediately ?

Once again, the single engine concept can be found on the LTM1160-5.2 purchased by Germany’s Wasel Krane.

That is all for today and tomorrow I will be featuring more on the Liebherr Customers Days on the crawler cranes new release and models.