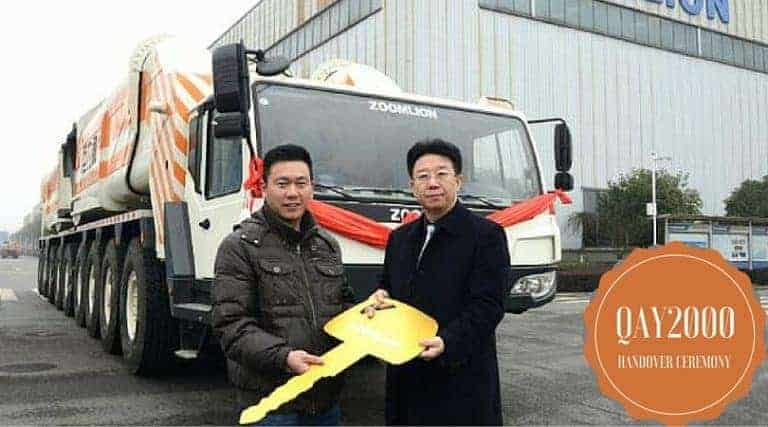 Zoomlion has manufactured and developed a 2,000 ton all terrain crane – QAY2000, creating a new milestone for China crane manufacturers.

Zoomlion QAY2000 was first displayed in Bauma China in 2012, after spending its summer undergoing heavy-load operating testing on its nine-plus-three chassis at Zoomlion’s facility in Quantang, followed by a two-month road and type test at the China National Construction Machinery Quality Supervision testing centre in Xibozi, Beijing.

This crane has been specially designed and build to meet the demand of the fast growing wind power construction for installation operation which Zoomlion has focus it as the most important R&D factory for its large capacity wheel crane.

QAY2000 has also been regards as the “son of wind”, which it was developed after in-depth research on geographic distribution of wind farms, installation and construction methods, including the industry trend.

In addition, it boast a handful of innovative technologies which are successfully applied for the first time worldwide such as the honeycomb frame structure, over 80 proprietary technology patents filed, including more than 60% are patents of invention. 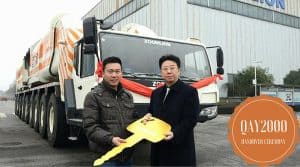 On 12 January 2016, a delivery ceremony was held between Zoomlion and Ningxia Julishen Industry Co., Ltd in Changsha, Hunan, China to mark the delivery of QAY2000, dubbed as “No. 1 crane in the world”.