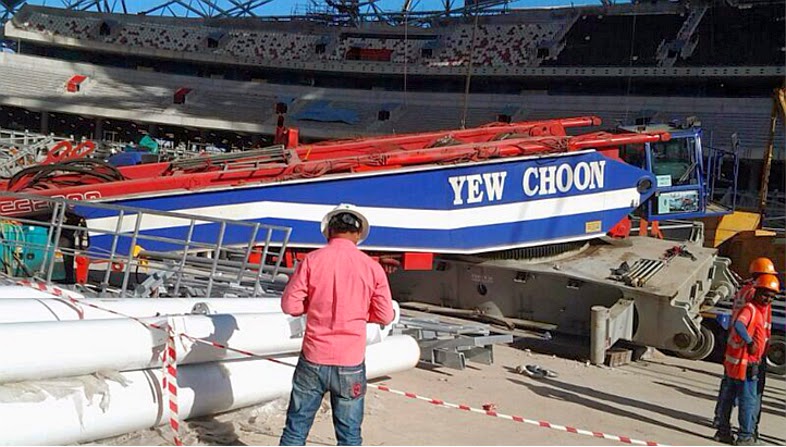 In yet another worksite accident, a 600-tonne crane slid off a trailer on Wednesday afternoon at Kallang, where the new National Stadium is being built.

The Straits Times understands that the mishap took place at about 5pm, after the crane had been dismantled and was being transported on a trailer.

Some of the sub-contractors at the site witnessed the event and sent back photos to their employer, who posted them on citizen journalism website Stomp. The employer, who only wanted to be known as Ray, said that the crane was one of three which had been installing a roof structure at the site. The 42-year-old believes that the crane could have slid off because its swing table was not locked, allowing the crane body to swing off balance when it was being moved.

A spokesman for the Manpower Ministry (MOM) said that the ministry has been “informed of the incident” and is “looking into it”. The Straits Times understands that no one was injured.