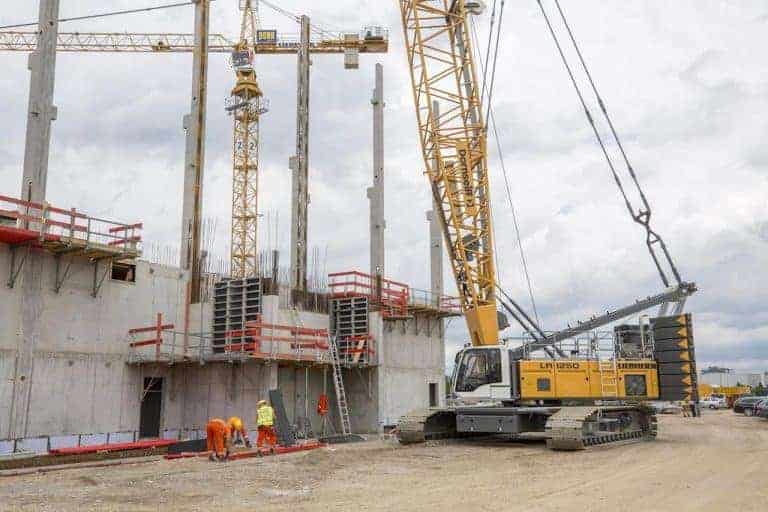 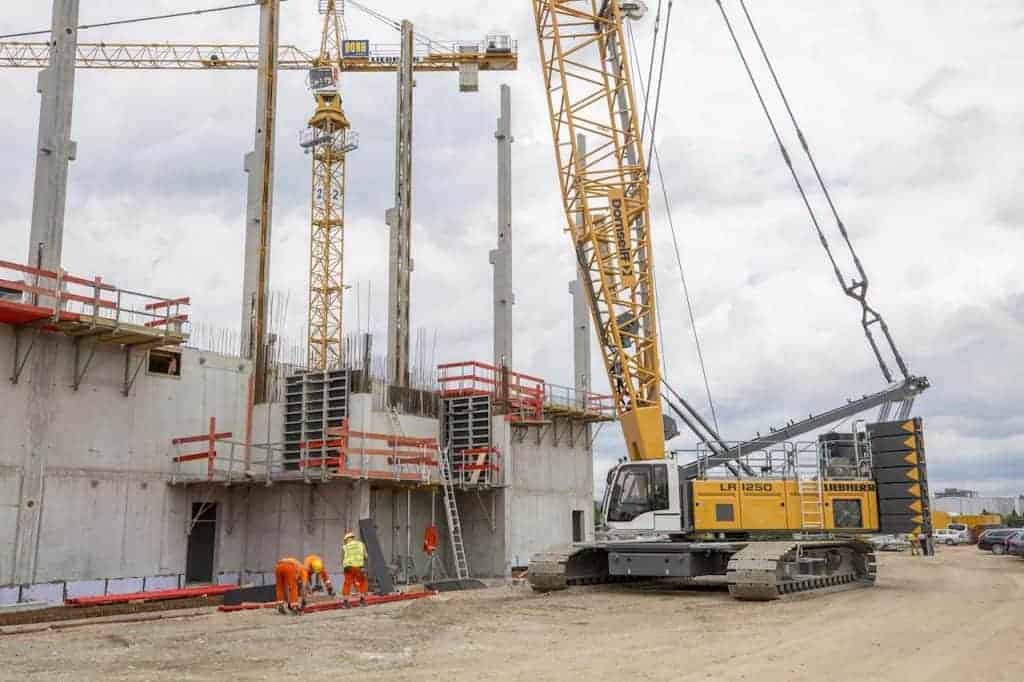 The 250 tonne lattice boom machine was put straight to work on a jobsite for the works expansion of lighting manufacturer Osram in Regensburg, Germany. It was rigged with 35 a metre main boom and 35 m jib. Loads included heavy concrete elements and the steel beams for the construction of the new production building’s roof.

Confined space on site meant that several of the new crane’s features were instrumental in Dorseiff winning the job. Extra capacity provided by using the crane’s Blocked Crawler Mode meant there was no need for a larger crane. Using the BCM, at an outreach of 45 m, lifting capacity was increased by 20 per cent to 18 tonnes, and at 36 m by 15 % to 23 tonnes.

Frequent changes in crane position were necessary during the expansion work for Osram. It helped that the undercarriage of the LR 1250 has an adjustment system allowing the track width to be reduced for narrow spaces. For job planning Dornseiff used the Liebherr Crane Planner 2.0 software.

Dornseiff has 52 telescopic and crawler cranes in lifting capacities up to 500 tonnes, plus a fleet of loader and mobile construction cranes. The company operates from four locations in Germany.