Grove to the Australian Antarctic Program 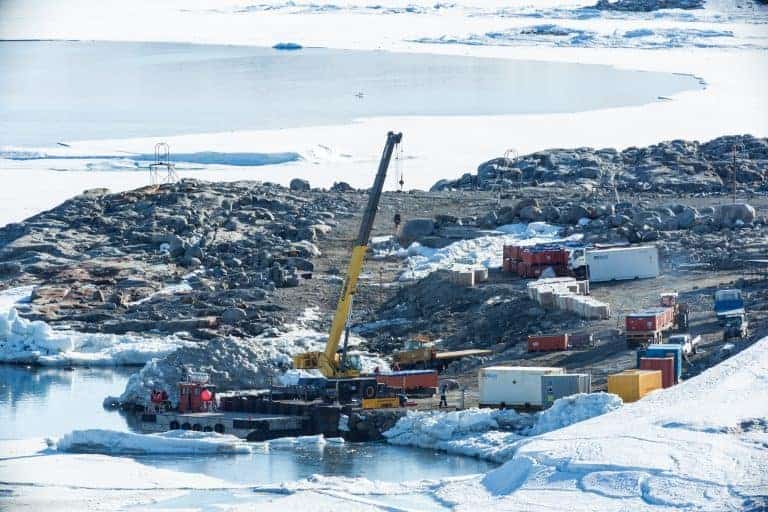 The Australia Government has deployed a Grove RT540E rough-terrain crane to work at Davis station, one of the four research stations in the Australian Antarctic Program.

The Grove RT540E join five other Grove rough-terrain cranes already at the site and will be used for loading and unloading cargo for resupply at the stations, as well as construction and maintenance of the station’s infrastructure.

Located 2,250 nautical miles southwest of Perth, Davis station is the most southern station in the program and Grove RT540E has to work in some of the harshest climates in the world. Temperatures at the station can drop down to -60ºC!

“The RT540E is a very resilient crane and we equipped it with the optional arctic weather package to enable it to work in temperatures down to a maximum of -40 °C. On station, operators use the crane at temperatures no lower than -20 °C'”

The Grove RT540E is a 35-tonne capacity with a 31m four-section main boom, plus an optional 7.9m to 13.7m telescopic swing-away jib, which delivers a maximum tip height of 47m. The boom incorporates a rectangular boom shape made from 100 k.s.i steel which eliminates weight and maximizes structural capacities.

The Australian Antarctic Program investigates the role of Antarctica and the Southern Ocean in the global climate system.

Davis station supports the Australian Antarctic Program through a range of scientific research on climate, weather, ecosystems, ice and animals. Scientists at Davis station have many opportunities to study the Antarctic ecology and environment, especially since wildlife is abundant near the station. Several types of seals and penguins can be found near the station, including the popular Emperor penguins who breed during some of the Earth’s worst weather conditions.

The six Grove cranes used by the Australian Antarctic Program are deployed across its three research stations, which are located in Davis, Mawson, and Casey. The cranes are typically used over the summer when the conditions are better.

The stations also have mechanics on-site to ensure the cranes are properly thawed and maintained. Typical service issues include making sure the tires don’t crack from the cold or melting snow that ingresses into the boom and cab to prevent issues with boom extensions or retraction ropes freezing into an ice block. The cranes are returned to Australia every 10 years for major inspection or replacement.