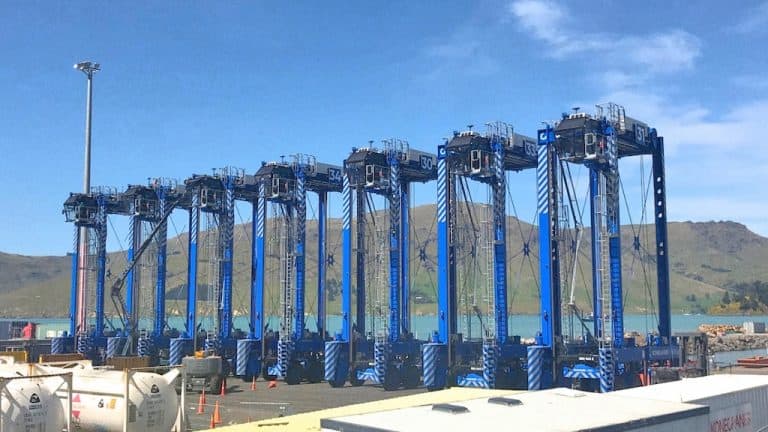 Looking at the second quarter, sales improved 7.7 per cent to €759.3 million with order intake rising almost 39 per cent to €806.7 million. Pre-tax profit however slipped three per cent to €41.1 million, mostly due to the absence of a €10.1 million financial gain last year, which was partly offset by lower interest costs.

Chief executive Rob Smith said: “Konecranes reported its fourth consecutive quarter of record profitability, powered by solid sales growth and high performance across the whole organisation. Strong first-half orders, especially in our short-cycle products, together with continuing traction from strategic initiatives give us good momentum for the latter half of the year.”

“Overall market sentiment continued to improve in the second quarter compared to the previous quarter, though Covid-19 related market volatility is not over. Activity remained high in the port sector and continued to improve with our industrial customers, and at the end of June, our order book was at a record high. Second-quarter order intake grew 41.1 per cent in comparable currencies, as last year marked the peak of the pandemic and lockdowns from a global perspective. We saw once again good order growth in our short-cycle products.”

“Component availability and other supply chain constraints continued to affect sales, with a quarterly impact of approximately €35 million. However, sales still grew by 10 per cent year on year in comparable currencies and increased in Port Solutions and Service but remained at the previous year’s level in Industrial Equipment. As a result, and in line with our expectations for the full year, first-half sales exceeded last year’s incomparable currencies and were 0.7 per cent behind last year’s level in reported currencies.”

“Our announced merger with Cargotec is progressing well – merger control filings and integration planning teams are making good headway. At the beginning of July, the European Commission opened a Phase II merger control review, which is a common step for sizeable global transactions.

Shortly after that, the UK Competition and Markets Authority (CMA) referred to the planned merger for a Phase II investigation under its fast track procedure. Phase II will enable the European Commission and the CMA to consider the merger in further detail, and Konecranes and Cargotec continue to closely cooperate with all relevant authorities to demonstrate the rationale of the planned merger.

Both companies continue to operate fully separately and independently until all merger closing conditions are met and the deal is completed.”