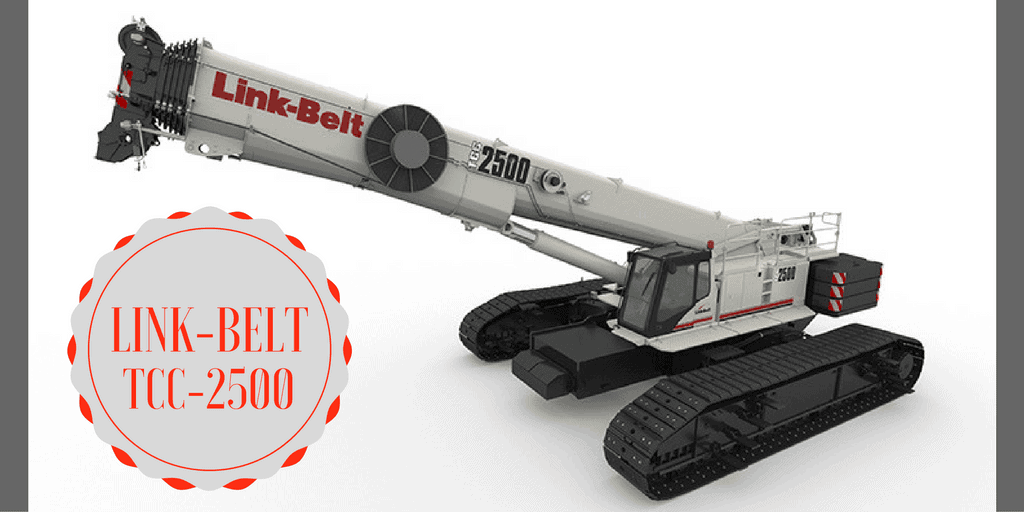 Link-Belt has expanded their line of telescopic crawler with the new 250 US tonnes (227 tonnes) TCC-2500, which is also the high capacity telescopic crawler currently available in the market, winning Liebherr LTR1220 by 7 tonnes.

The TCC-2500 was put on the test field in late July 2016 in Lexington, KY and the product team was putting the crane through vigorous testing to ensure that the crane exceeds expectations.

Since entering the telecrawler market, Link-Belt initial idea was to provide a solution to ease off-road manoeuvring common for powerline utility applications. However, Link-Belt TCCs have seen a steady growth into rental and general construction fleets both domestically and abroad and therefore the expansion of this telescopic crawler for capturing a larger market share.

The crane will make its public debut in Las Vegas, NV at ConExpo 2017 between March 7-11. First production units are expected to be ready for shipment in March 2017.

The TCC-2500 comes with a Tier 4 Final Cummins QSL 9 diesel engine and a seven-section formed boom. The seven sections 43.7 to 223 feet pin and latch boom is the longest in its class and offers eight simple boom extension modes.

It also comes with a three-piece offsettable fly jib that can be configured in 12, 40, 67 feet while it can be additionally equipped with two 25 feet boom extensions for an overall lifting height of 346 feet. These attachments come with optional hydraulic luffing allow for “up-and-over” capacity like luffing lattice crawlers.

Another key feature for the TCC-2500 is the extra-wide winch design that can handle it’s maximum permissible line pull through the fourth layer – front and rear winches are matching. The rear auxiliary winch can be removed for transport weight reduction and a power pinning system helps to prevent working at height exposure.

The operating system features a 10-inch colour display that incorporates RCL and engine data. The display has a resistive touch screen that can be used with gloves and visible under direct sunlight with larger and clearer images.

Electric cabs controls were designed for functionality and ergonomics. Operators job site view is enhanced with four cameras for rear-view, blind-side swing-view and two individual winch-view cameras that provide more site awareness and control from inside of the cabin.

Track gauge of the TCC-2500 is 20 feet, 4 inchs. The lower carbody is a hook and pin system making assembly quicker and easier. The TCC-2500 can also self assemble side frames with standard equipped carbody jacks and wireless remote control for hydraulic pinning and jack operation. The new two-bar grouser track shoes provide better traction with standard nylatron pad inserts to protect sensitive ground surfaces when necessary.

One of the important aspect for the crane is its ability to move quickly and easily on or off the job site. The main transport load weighs under 53 US tonnes and it can be assembled in fewer and lesser complicated steps. Once off the trailer, carbody jacks can be deployed via remote control.

However, while the crane is on jacks, it sits wider than competitive cranes in this class. The TCC counterweight system attaches 77 US ton of upper counterweight and designed in a nine-piece modular manner to allow partial counterweight capacity charts. The crane can be transported on seven overflow loads, with each at or lesser than 22 US ton. 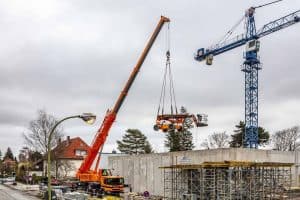