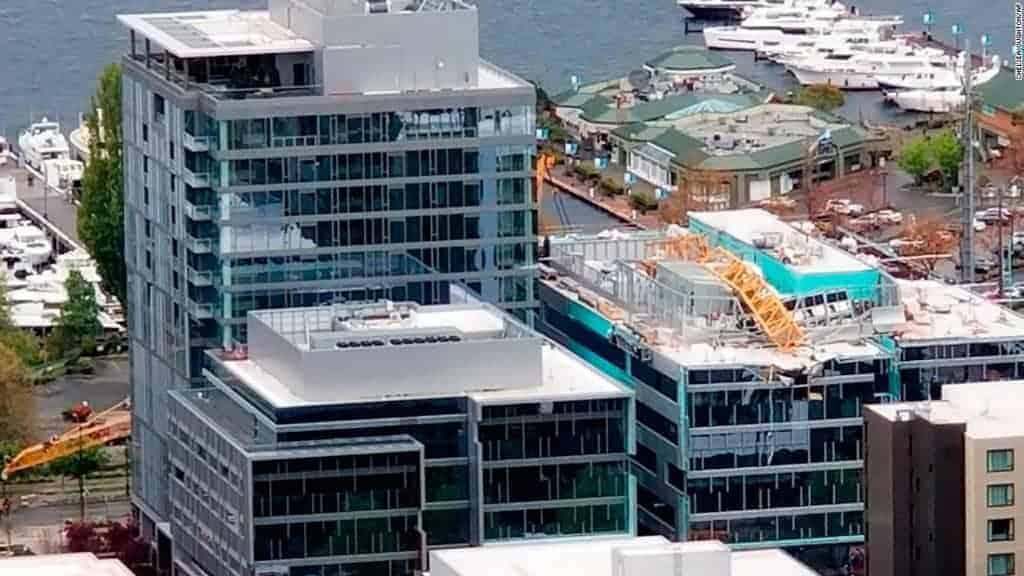 27th April 2019 – A tower crane at Seattle has toppled from the under construction new Google Seattle campus onto the public road during its disassembling process and killing 4 people. Authorities and experts are looking into the cause of the fatal accident, including gusty winds and human error.

The entire tower crane collapsed footage has been caught on camera via a vehicle’s dash cam that is passing through Mercer Street in South Lake Union. The tower crane crashed onto the roof of the Google Seattle campus, breaking into pieces and falling onto the vehicles driving on Mercer Street, one of the busiest’s road in the city. (Check out more videos and news update on our Youtube’s playlist)

Four-person has been killed in the fatal accident, including a freshman college student, a former city employee and two ironworkers who had served in the Marines. The victims have been identified as follows:

Although the investigation is ongoing, some experts are suggesting that human error could have played a major part in the catastrophic accident. Timothy Galarnyk, president of the Minnesota consulting firm Construction Risk Management Inc., believes there’s a 99% chance that this is a human error cause and not a structural or mechanical failure by the machine. The workers likely did not follow the manufacturer’s instructions for dismantling of the tower crane. The National Weather Service has tweeted that a storm brought a gust of wind reaching 23 mph around the time of the collapse but said that would not probably strong enough to cause the tower crane to toppled by itself.

Meanwhile, David L. Kwass, a trial attorney who has handled crane accident lawsuits, said it looked like the connecting pins of the tower crane’s masts could have been remove prematurely, facilitating the fall. One of the possibilities is that the ironworkers went all the way down to the base of the crane to remove the pins and with the portions of the cranes unsecured and unstable, the weight shift, along with the wind gusts could have contributed to the collapse.

According to statistics from the Bureau of Labor Statistics, an average of 44 people was killed in crane-related accidents from 2011 to 2015, notably the below cases:

Last but not the least, you can also visit some of the Youtubers like To The Top Crane or AvE whom has carried out some analysis on the cause of the accident.