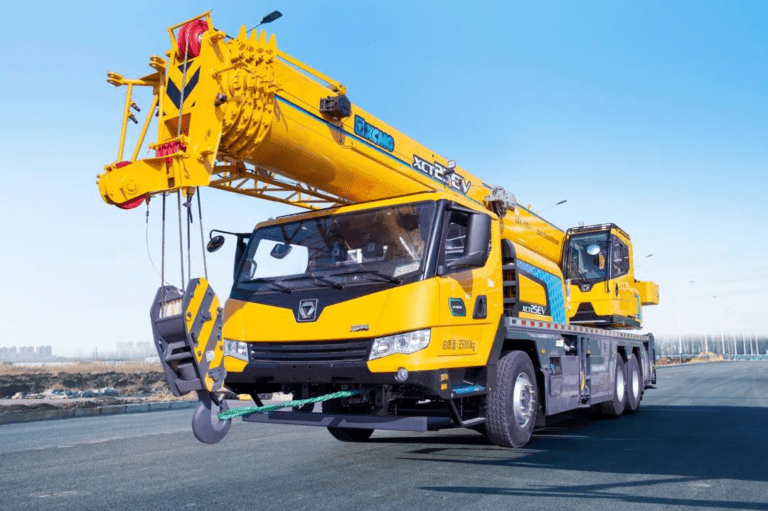 XCMG obtained the first “green license” in China’s construction crane sector in May for its XCT25PHEV hybrid crane, which is the first “true hybrid” model in the world. It was developed over the course of five years and underwent another two years of testing and optimization, and the model has also taken a major step towards scale production.

Adhering to China’s “dual carbon” goals, the construction machinery industry is at the turning point for making the new energy transition and transformation, especially in the crane sector that produces heavy load, superpower and mobile cranes. XCMG, a leader in the global crane market, has realized 100 per cent domestic R&D and production of cranes under 300 tons, and the group also has a strong industrial base, one out of every three cranes in the world is manufactured by XCMG.

The XCT25PHEV made its debut in 2020 at bauma China as the only truck crane with hybrid technology and can operate with pure electric power, switching freely among the four modes of hybrid, electric, fuel and plugged in. It’s also the first crane to obtain a green license.

XCMG and Shudao will explore and accelerate green and intelligent manufacturing, focus on industrial transformation and upgrade as well as cultivate talents to push forward new digital infrastructure development.

“XCMG is vigorously laying out the development for electronic control, battery and electric drive technologies, with sizable total investment especially going into the R&D,” said Lu. “We’re focusing on energy-saving design for the electric drive system, high-efficiency status evaluation for the battery pack and more, and has independently developed 17 serialized electric drive core components in three categories, and all of them have been industrialized. The goal is to have 25 per cent of the revenue from new energy products by 2027 and 35 per cent in 2030.”