Manitou adds to the first half rebound 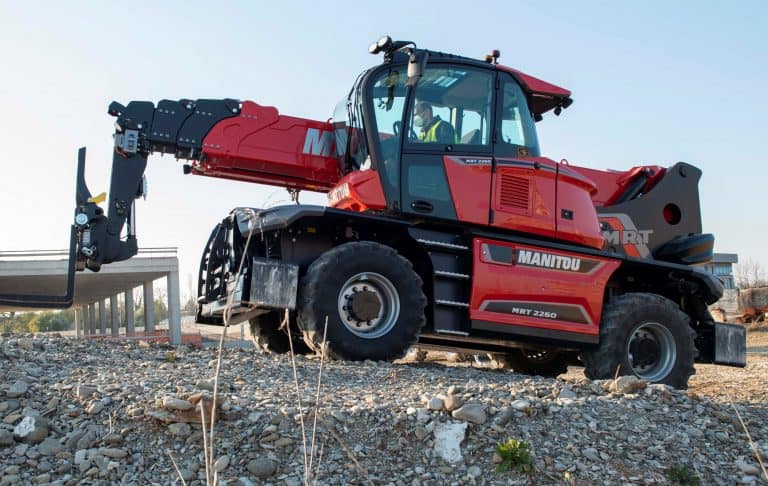 Total first-half revenues increased 27 per cent to €970 million while operating profit almost tripled to €85 million. Its results are now made up by its Products and Service & Solutions divisions. The Products division (new machine sales) makes up the lion’s share with revenues of €802.8 million, an increase of more than 29 per cent on the same period last year, with growth seen in all regions, but particularly in Northern Europe and the Asia Pacific. It was also spread across all market sectors, including construction, agriculture and industrial. The division’s operating profit increased almost fivefold on last year’s levels to €67.4 million.

Its Services & Solutions division saw revenues grow almost 18 per cent to €166.9 million, with the strongest growth in the Asia Pacific region. Operating profit however only grew by three per cent.

The company’s order book, or backlog if you prefer, more than tripled from €553 million last year to €1.79 billion this year.

Chief executive Michel Denis, said: “In a context of strong rebound inactivity, we closed the first half of the year with a level of performance that exceeded our objectives and a depth of order book that we had never experienced.

This dynamism was recorded in all markets and geographies, characterised by a historical acceleration in order intake, high billings and an exceptional backlog at the end of June of €1.8 billion. To meet the high demands of our customers, all the teams have been mobilised. Production rates are gradually being ramped up despite significant supply chain tensions.”

“In the first half of the year, we have a high net sales sequence with purchase prices only slightly impacted by the announced price increases and operating costs under control, resulting in a peak of the recurring operating income of 8.8 per cent of net sales, i.e. €85 million, as much as for the full year of 2020, a very good performance reinforced by a positive cash position at the end of June.

This sudden rebound in the markets is supported by very high inflation in our purchases, particularly in steel and transport, which will impact our financial performance in the second half of the year.”

“For the rest of the year, our sales are expected to be stronger than initially forecasted, but below our customers’ demand. In addition, raw material increases will be fully implemented while our sales price adjustments will only bear fruit over the end of the year and the first half of 2022. This configuration will have a substantial squeeze on the margin in the second half of 2021.”