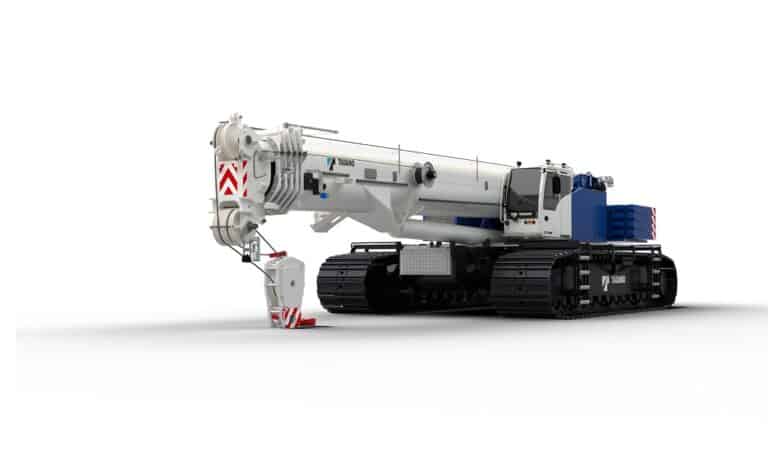 Tadano will begin to harmonize all its GTC crane model names worldwide by adapting to the nomenclature used in the American market. Accordingly, model names in the US will not change.

The following model nomenclature updates for products sold outside the American market will take place later this year.

GTC-2000: product name aligned to the strength of the model immediately

Word of the fact that the new Tadano GTC-1800EX telescopic boom crawler crane was a powerful representative of its capacity class quickly got around the entire industry. Accordingly, the extremely versatile crane is popular with customers worldwide, and the high demand it generated ensured that the model would become an immediate success for Tadano the moment it became available in November 2020. In other words, the idea of developing and building a telescopic boom crawler crane in Zweibrücken as part of Tadano’s expansion strategy has been bearing fruit.

One of the largest telescopic boom crawlers cranes in the market, the Tadano GTC-1800EX offers a fully self-rigging operation and a powerful maximum load moment of 585 tonne-meters. With its strong load chart and lifting capabilities, the GTX-1800EX offers the lifting capacity of 200-tonne class cranes in multiple configurations.

Due to the tremendous success and positive customer feedback, Tadano has now announced that it will be upgrading the crane to the 200-tonne class. “Customers kept telling us that their experience in the field showed that in several configurations, the GTC-1800EX had a performance potential that far exceeded its class,” product manager Vincent Stenger reports. “Therefore, we are renaming the model to the GTC-2000 for all markets to better align with the crane’s lifting capacities.”

For existing GTC-1800EX models in the field, Tadano will offer customers a kit to upgrade these cranes to the GTC-2000. The field kit comes complete with upgraded software that provides also new load charts for 0- and 180-degree operation. It also includes new crane documentation, manuals, decals and a nameplate.

For all ongoing orders, Tadano will personally notify its customers of the name change.