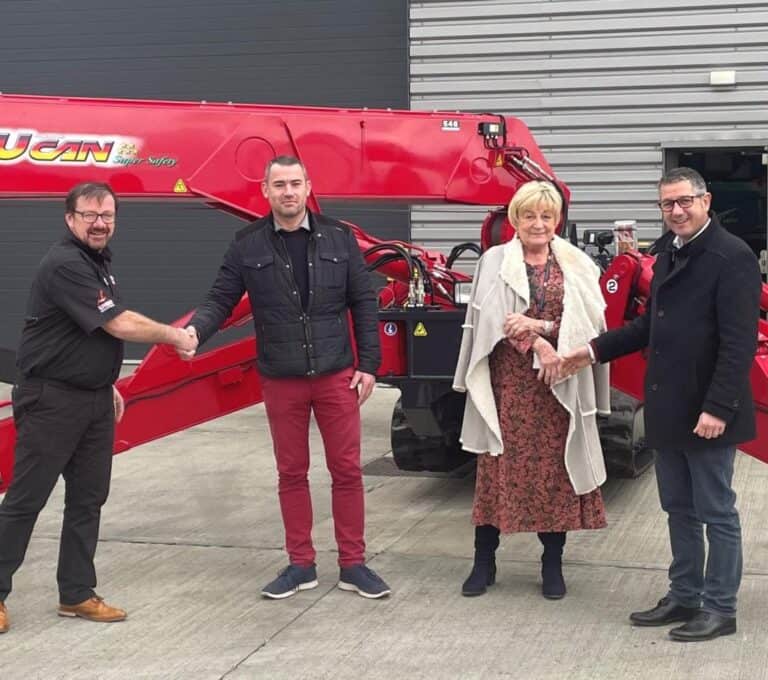 In order to kick off the new partnership, SNM Lift has purchased nine new spider cranes, for use as inventory and demonstration machines. It has also teamed up with Dunkirk based EMM to distribute the Unic spider cranes in the north of France and provide after-sales service in the region as a sub-dealer.

SNM is based in Vigneux-de-Bretagne on the north side of Nantes, with a second facility in Belleville sur Saône near Lyons, with mobile service teams in Bordeaux, Paris and Rouen/Le Havre. The company was established in 1981 and was appointed as a Terex crane dealer for the west of France the following year.

Last year Morin bought out Galzin’s share in the business to become the company’s sole owner.

SNM Lift sales manager, Fabien Tuduri said “Unic has not had much visibility in France, and we were looking for a product that could complement our activities. To support the development of the SNM Lift Unic Range we have recruited two sales representatives in the Île-de-France and Lyon regions. Our technical teams are also being strengthened with four new technicians.”

Unic sales director Mike Heneghan said: “We are pleased to supply SNM Lift with these spider cranes and are thrilled that this new dealership will help us to increase the footprint of Unic in France. In a world that requires more versatile lifting solutions, Unic spider cranes are great pieces of equipment that can fit into more confined spaces.”