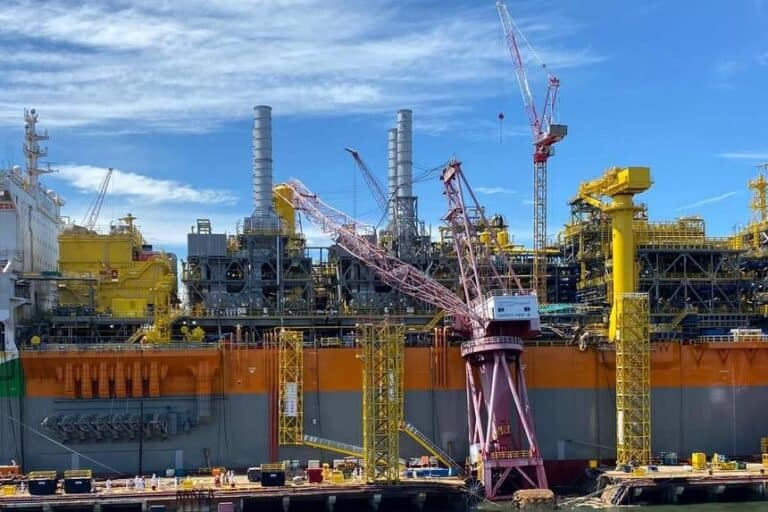 Efforts to find a worker who fell into the sea after part of a concrete pier collapsed at a Tuas shipyard on Monday (22nd August) have ended.

In response to queries, the Singapore Civil Defence Force (SCDF) at 10 pm on Tuesday night said it has stood down resources for the search operation.

Earlier, the authorities said a 38-year-old Bangladeshi worker was missing after a section of a pier at Keppel Shipyard collapsed, resulting in the portal crane toppling and injuring four other workers.

The Ministry of Manpower (MOM) said the worker, employed by Kumarann Marine, was on the pier where the crane had toppled when the accident occurred at 10.40 am on Monday.

MOM said a part of the concrete pier that a crane was standing on collapsed. The portal crane then toppled, with part of the structure underwater.

MOM is investigating the cause of the accident at 51 Pioneer Sector 1 and has stopped all work at the pier.

Two other Bangladeshi workers aged 29 and 31, a 48-year-old Chinese national, and a 40-year-old Singaporean worker sustained minor injuries. They are all in stable condition, said MOM.

The SCDF said it was alerted to the incident at about noon on Monday. The Singaporean and 31-year-old Bangladeshi were taken to the National University Hospital.

The Straits Times understands that the Chinese national and the other injured Bangladeshi worker were treated at Ng Teng Fong General Hospital. It is not clear who took them there.

In a statement, Keppel Shipyard said a section of the quayside had given way, causing two workers to fall into the sea and a crane to tilt to one side. A Keppel spokesman said: “We have rescued one of the workers, who is in stable condition, while the other worker is currently missing.

In photos of the incident circulating on social media, the crane can be seen sitting next to a large vessel that is berthed at the shipyard. The crane’s base appears to have buckled, making it fall towards the berthed ship. The crane’s boom also appears to be severely damaged as well.

Keppel Shipyard said it is working closely with the authorities to ensure a thorough investigation is done.

It said: “Keppel Shipyard values the life and safety of every worker. As investigations are ongoing, we are unable to provide further details at this juncture.” When The Straits Times visited the shipyard at about 6 pm on Tuesday, workers said they did not know about the incident or declined to comment.

One contractor who declined to give his name said he saw a police car in the shipyard. Mr Chong Kee Sen, emeritus president of The Institution of Engineers, Singapore, said it is uncommon for structures like a concrete pier to collapse. Possible reasons for this could be overloading, or a flaw in the pier’s original design said Mr Chong, who is a civil engineer by training. Another possible reason is the lack of maintenance, Mr Chong added. Exposure to marine environments can erode concrete structures, and seawater can cause the steel reinforcement bars within such structures to corrode, resulting in further damage, he said. He added: “There should be a more robust inspection regime, especially for structures that are in seawater.”

With Monday’s incident, at least two workplace accidents have taken place at the Keppel shipyard in Tuas this year. The latest incident is also the second one to involve the collapse of a large structure.

On March 28, two Bangladeshi workers aged 30 and 42 died after they were thrown off a vessel docked at the shipyard after a structure on top of the vessel collapsed. They were among three workers who were at work on a scaffold that was built around the structure. The third worker, also a Bangladeshi, managed to cling to the structure after it collapsed. The 25-year-old was later rescued by the shipyard’s emergency response team and taken to the hospital for treatment.

In a Facebook post on Tuesday, the National Trades Union Congress-backed Migrant Workers’ Centre (MWC) said the recent spate of workplace accidents is a worrying trend. It said assistance and mental health support will be offered to the workers injured in the latest accident, and counselling services will be extended to others who were working nearby.

As for the missing worker, MWC said it will offer financial help to his next of kin while they wait for work injury compensation to be paid out if the worker is not found or dies. It added: “We would like to urge all our migrant brothers and sisters to look out for one another and come forward to report any potentially unsafe work practices.”

PrevPreviousTwo were crushed to death after a crane dropped a container
NextCrane collides with a utility pole in Yokohama, JapanNext