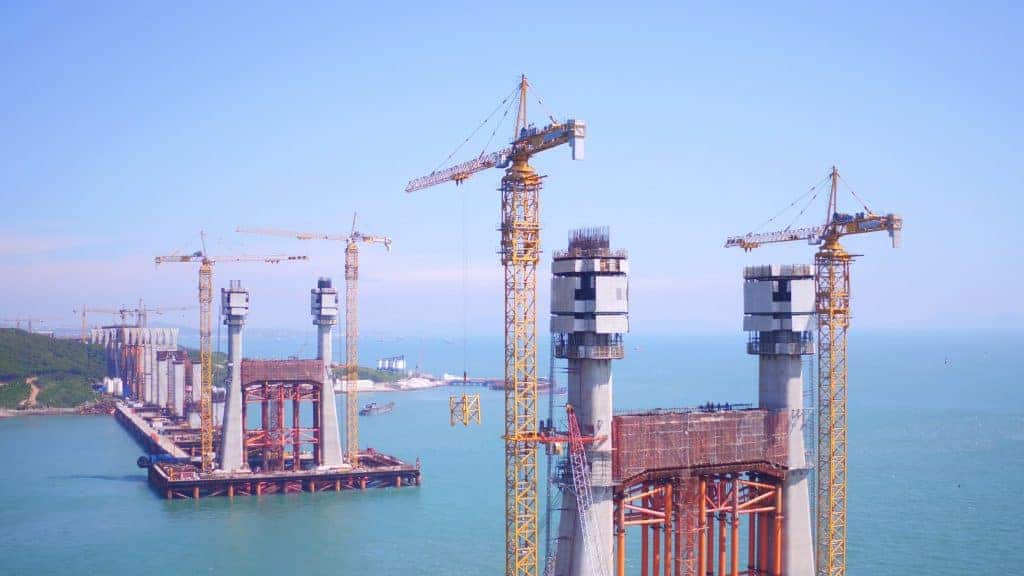 Over 35 units of tower cranes by Zoomlion has completed lifting operations for the Pingtan road-rail bridge project, the world’s longest road-rail cross-sea bridge.

Zoomlion set a new benchmark in metocean engineering with customised machinery for what is described as the “world’s most difficult” bridge construction project.

The Pingtan Bridge project utilises significant quantities of construction materials including over 300,000 tons of steel and 2.66 million tons of cement, which is enough to build 8 Burj Khalifa towers. Zoomlion took on this challenging task as the main lifting equipment provider.

Despite the harsh environment and tight schedule, Zoomlion’s tower cranes provided continuously stable operating performance and high efficiency to ensure the project was completed on time.

“We re-designed the configuration of the D1100-63 to ensure wind resistance. The upgraded D1100-63 tower crane can be jacked up when exposed to gale-force 7 winds and can be safely operated up to gale-force 8 which is 20.7 meters per second. In extreme cases, it can withstand wind speeds of up to 46 meters per second, which is the equivalent of a category 14 typhoon.”

“We also added a cyclotron sector to the D1100-63 tower cranes while keeping the length of arm unchanged to ensure the crane can rotate under extreme weather conditions,” added Zheng.

The Pingtan Road-Rail Bridge project is the first cross-sea bridge to be constructed under a complex metocean environment and is built to withstand winds of gale-force 10. The bridge is expected to open to traffic in 2020.