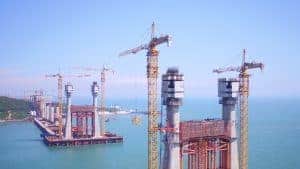 Comansa celebrates the launch of the 21CM750 – largest manufactured in Hangzhou, China

Italian mini crane manufacturer Jekko has completed yet another milestone with the delivery of their 2000th crane, a new SPX650 mini crane to its new dealer ATN Platforms at the JDL specialised equipment exhibition in France. News of the Jekko SPX650 debut was released in May this year and originally set to be unveiled at

Mammoet has gone into a partnership with Verton Australia to introduce Verton load control equipment to Mammoet’s existing network of clients. this is a step between the two companies to raise the safety standards in crane operations around the world. According to HSE annual report in UK, there were 6,480 injuries caused by moving objects

It was reported by various Japanese media that a crane accident has happened in Fukuoka on 12th September during noon time. The crane operator has succumbed to his injuries and was pronounced dead three days later in the hospital due to severe head injuries. The incident happened at Daimyo Korechi, Daimyo 2-chome, Chuo-ku, Fukuoka where

In early July, three 168-tonne, 58-metre long steel girders were installed over the River Lippe using two units of 500-tonne mobile crane. This was to replace the bridge over the river on B233 between Werne and Bergkamen in the Ruhr Area, Germany. The existing bridge over River Lippe is over 70 years old and has