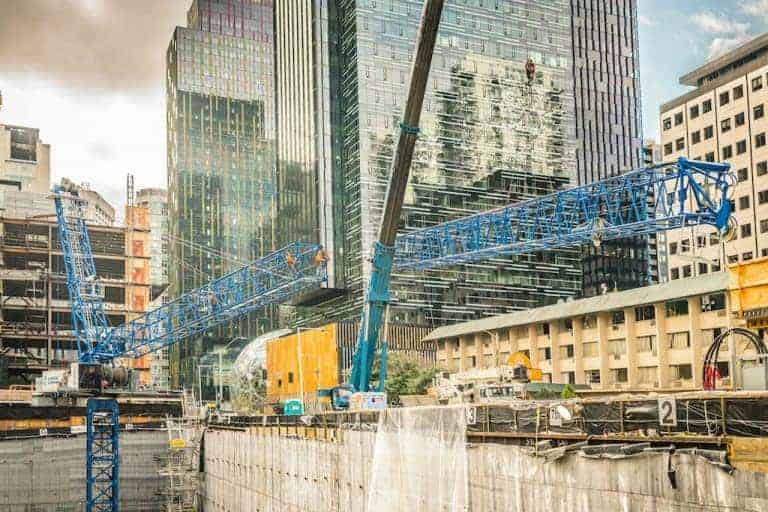 Model LCL700 is the largest luffing jib tower crane from manufacturer Linden Comansa. It was launched in April 2017 with two versions of maximum load (50 and 64 tonnes / 110,230 and 141,090 lb) and designed to be used mainly in job sites with reduced space, like in very large and congested cities. Throughout the last 12 months, a few units have been sold in Asia, and the very first unit in America (both North and South) has just been erected in downtown Seattle (Washington), USA.

Linden Comansa America (LCA) recently supplied a unit of this luffer and a flat top model 21LC550 20t to GLY Construction for the Rufus 2.0 Block 21 site. This project will include two office buildings (24 and 8 stories tall respectively) and is part of Amazon’s urban campus, which already hosts more than 40,000 employees in the city centre.

During the weekend of March 25 & 26, the delivery and erection plans worked perfectly to put up the LCL700 in a safe and fast way. The schedule was quite tight, as two of the surrounding roads had to be closed to traffic with a 48-hour permit only.

READ MORE:  Elderly dies after hit by roughter in Japan

The design of the LCL700 and the different features that come as standard were key in this agile erection. The LCL700 is delivered from the factory with pre-assembled luffing reevings, allowing the erectors to work faster and reduce the erection time. The crane also includes a support winch, used to lift and put in place the auxiliary ropes of the jib, or to displace and install the heavy reeving pulleys without needing the support of a mobile crane, among other functions.

The team consisting of technicians from Linden Comansa’s Headquarters in Spain and Linden Comansa America, working with the local erectors from Northwest Tower Crane, made easy work assembling such a large crane well within the time allotted.

READ MORE:  Linden Comansa will be exhibiting at The Big 5 Heavy show in Dubai

Products In This Article