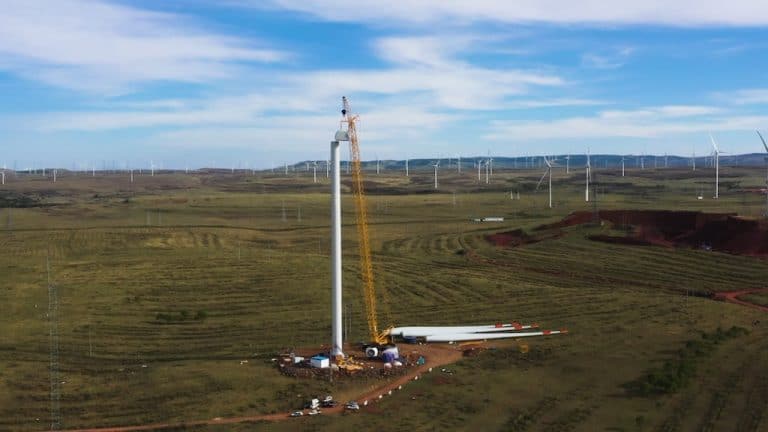 As the last wind blade joined onto the hub, the XCMG XGC11000A crawler crane completed the first domestic onshore wind power 6MW unit with the largest single-unit capacity and the largest impeller diameter in the wind power experimental base in Zhangbei County, Hebei Province.

“The wind turbine installed this time has many heavy components. It was early summer. The project site also saw abnormal weather such as strong wind, heavy snow, hail, etc., which had not been seen for many years, and the requirements for hoisting equipment were very strict.” The person in charge of the project said.

XCMG XGC11000A uses a 108+12-meter main boom and a lifting capacity of 140 tons at the wind site. With the world’s first and latest intelligent enhanced counterweight technology, environmental perception, remote control technology, it withstood the test of adverse weather and completed the hoisting of the wind turbine. The construction performance and strong product performance have won unanimous praise from the on-site staff.

It is understood that after the completion of the project, the wind turbine will become a powerful cadre on the battlefield of low-carbon environmental protection.