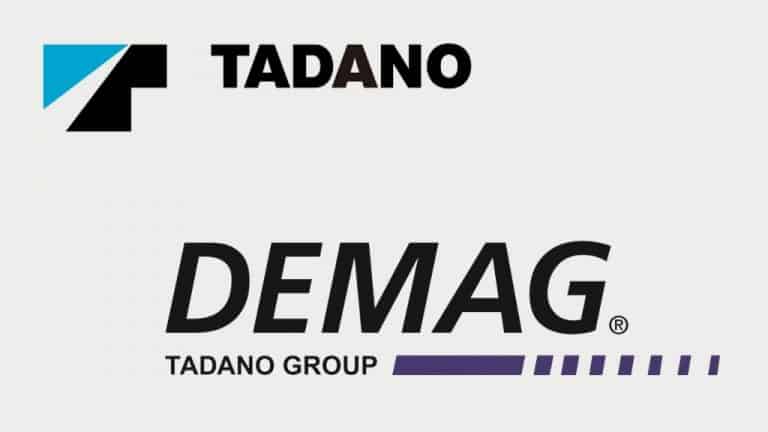 Among a raft of changes at crane manufacturer Tadano, the company announced on 7th April it will drop the Demag brand and amalgamate the product ranges.

As part of its strategy to again become the worldwide leader in the lifting equipment industry, Tadano acquired Demag from Terex in 2019.

It is working “to bring the market’s leading equipment, technologies and expertise under a unified structure to provide competitive lifting solutions to its global customers.”

As part of the process Koichi Tadano has handed over his positions as president, CEO and representative director of Tadano Ltd to Toshiaki Ujiie, previously executive vice president.

Tadano takes the position of chairman of the Board and representative director.

In addition to the previously reported reorganisation and alignment of operations in Europe, the company has announced further developments.

Tadano will once again make its Japan-built rough terrain cranes available in Europe. In turn, it is expanding sales of German all terrain and lattice boom crawler cranes in Japan.

In the Americas Tadano said it is “bringing efficiencies to the entire value chain by streamlining its business activities under a unified structure; the newly named Pan-American Operations.” Commercial activities in North, Central, and South America and the Caribbean will come under Tadano America Corporation.

It will also begin production of one model, the 156 tonne capacity GTC-1800EX, in Europe, at the Zweibrücken plant in Germany, while the remainder will still be built in the USA.

Tadano said it plans to transition to a single, unified brand as part of its long-term global strategy. “The harmonised Tadano brand will be used for all cranes, replacing the Tadano (Faun) ATF and Demag AC all terrain cranes, Demag CC lattice boom crawler cranes, and Tadano Mantis telescopic boom crawler cranes branding.”

For all terrains AC will be combined with a figure for the number of axles, capacity in metric tonnes and a version number. As an example the new (first version) seven axle, 450 tonne capacity AC 450-7 will become AC 7.450-1. A four axle 70 tonner in its first version will be AC 4.070-1.

The re-branding will make its debut on the first jointly developed all terrain crane from the Zweibrücken (Demag) and Lauf (Tadano Faun) factories in Germany to be launched later in 2021.

Commenting on the strategy, Toshiaki Ujiie said, “We continue to transform the Tadano Group to more efficiently bring together the best equipment, technologies and support structure, so we are more competitive and can better contribute to our customers’ success.

“Our current strategic initiatives allow us to improve innovation and significantly increase the number of new crane models introduced to the market over the next four years. In line with our core values of safety, quality and efficiency based on compliance these moves will bring us closer to achieving our vision of becoming number one worldwide in the lifting equipment industry.”