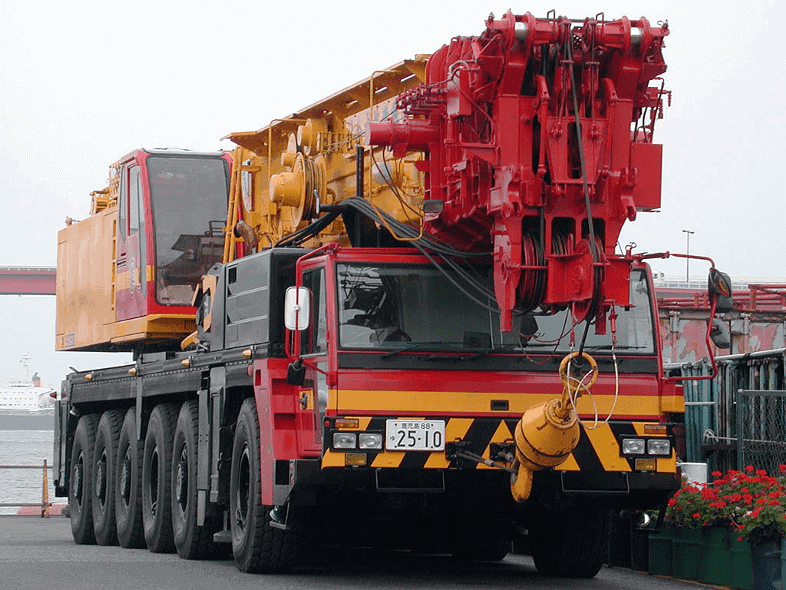 When all-terrain crane has become a mainstream in Europe in the 1980s, Sumitomo has foreseen that there will be an increasing market for the all-terrain crane for Japanese domestic market and hence jointly developed the Italian CVS and carrier. The SA2500 was the last all terrain crane model developed by Sumitomo, after the launching of SA1100 in 1990.

SA2500 was the largest tonnage developed by Sumitomo, a 250 tonnes class all-terrain crane. However, due to economic bubble burst and low demand for cranes, Sumitomo terminate further development of SA2500 in 1998 which marks the end of Sumitomo SA series all terrain crane era.

Sumitomo SA2500 was equipped with a box-shaped 5 section boom, capable of a full boom length of 50 metres mounted on a Italian CVS FM64300 chassis. In addition, the 250 ton all terrain crane can also be equipped with additional attachment such as hydraulic tilt jib up to 28 metres and luffing jib up to 54.9 metres. It has a unique combination of engines – Mitsubishi 6D22T diesel engine for superstructure and Mercedes Benz OM442LA diesel engine for its carrier.