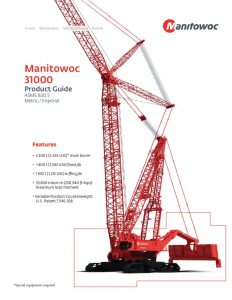 The 31000 was first announced in 2008 Conexpo and it incorporates numerous unique features including the Variable Position Counterweight (VPC) that can constantly adjust the counterweight effort in order to maintain the load centre over the cranes on its four trunnion mounted track units. The hydraulic arm adjusts the counterweight radius from 8.4 metres to its maximum of just less than 29 metres.

Maximum main boom length is 105 metres and luffing jib is 102 metres. The longest combination is  90 metres main boom plus 102 metres jib for a maximum lifting height of almost 200 metres.

Manitowoc says that by keeping the load centre within the 17 by 20-metre footprint of its four tracks, it allows the crane to pick and carry its full rated lifting capacity as well as helping contractors to minimise ground preparation. 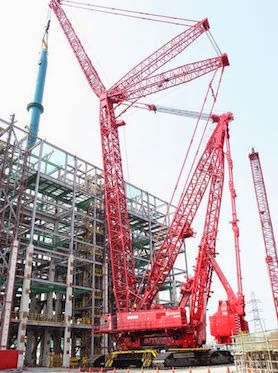 South Korea’s Chunjo Construction has taken delivery of the first unit Manitowoc 31000 in April 2013. Manitowoc has built their largest crawler crane, 31000 with a lifting capacity of 2,300 ton. The crane performed its first job at a plant operated by Posco E&C in Gwangyang, South Korea, where cutting-edge technology is making liquefied gas from low-grade coal. The crane made a series of 123 heavy lifts, first of it was a 250 tonnes load using 55 metres main boom and 60 metres luffing jib.

In the same project, the 31000 has performed its biggest lift to date – a pick-and-carry lift of a 650 tonnes cold box. The cold box is a self-contained processing unit that liquefies and purifies natural gas, and is one of the largest single components at the plant.

The crane lifted the 55 metres tall cold box, which measure 9 by 9 metres, off a flat-bed trailer in a tandem lift with a 600 tonne Manitowoc 18000, which was also owned by Chunjo. Once airborne and upright, the 31000 took over and carried the load to its final location. The entire operation took less than two hours.

The tight lift was hindered by a high wall to the side of the 31000 that restricted its movement. To avoid this, the crane’s entire 55 metres boom was raised to its highest angle, bringing the load closer to the crane and minimizing potential swing. The crane was also fitted with 36 metres luffing jib for the lift. The VPC system also minimises the crane’s footprint and ground preparation by suspending the counterweight in the mid-air rather than using a wheeled counterweight trolley. 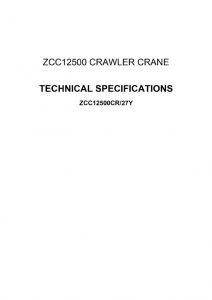 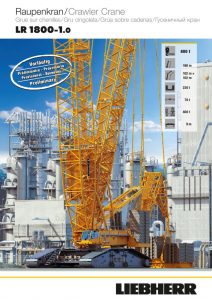 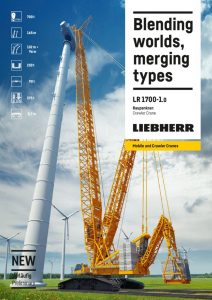 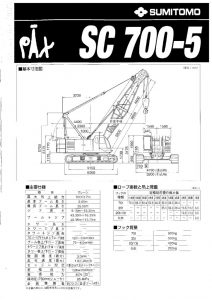 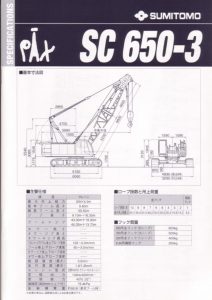 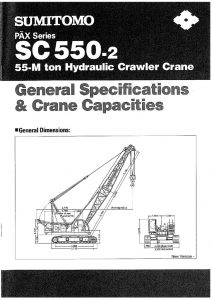 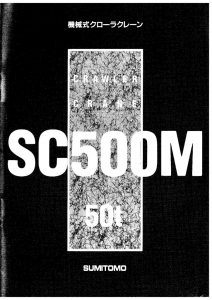 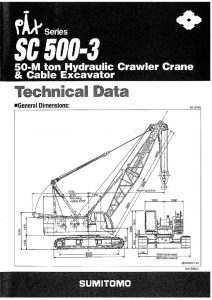 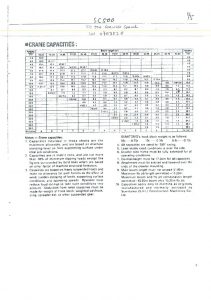 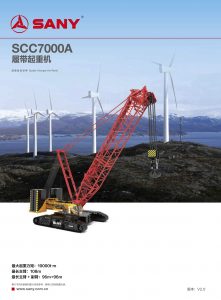 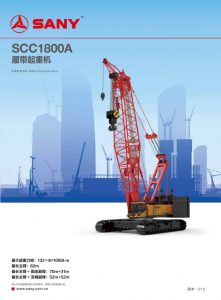 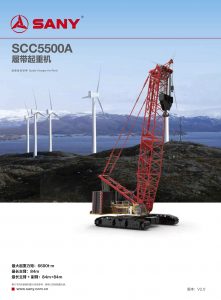 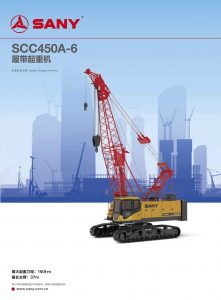 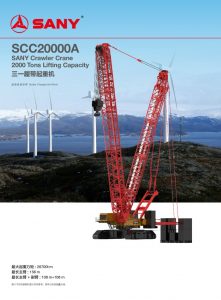 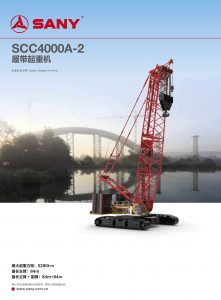 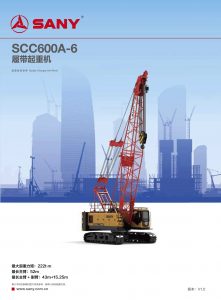 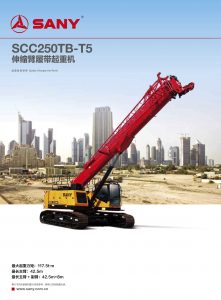 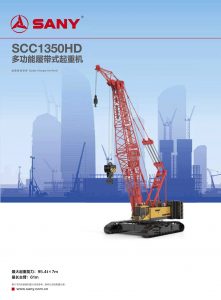